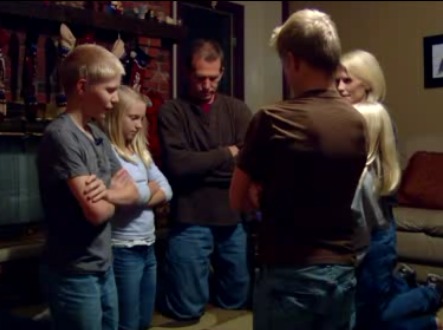 The state of Missouri has played a major role in the history of the Church of Jesus Christ of Latter Day Saints, not all of it has been good. But now there are flourishing communities of the LDS Church throughout the Ozarks.

Worldwide there are an estimated 13 million members of the Church of Jesus Christ of Latter Day Saints. The church and its members are sometimes referred to as Mormons or members of the LDS Church. It began in 1830 with a man named Joseph Smith as a part of the restoration Christian movement. Today it is the foundation of faith for thousands of families in the Ozarks.

Like many other families in Springfield, the Browns spend time with their children at the end of the day.   Then they all come together on their knees in the family room for evening prayer.
Read the rest of this story at kspr.com