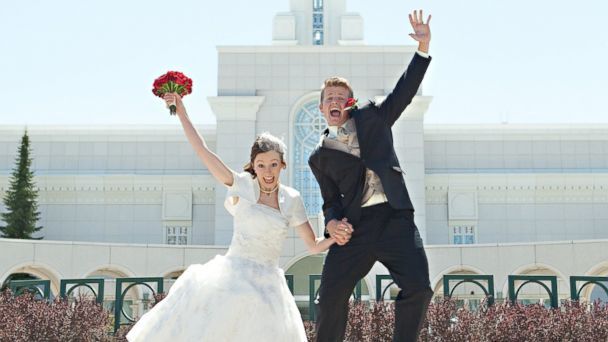 Viral LDS Blogger Shares The Story Behind His Success

This was the advice heard 'round the world after LDS blogger Seth Adam Smith wrote about the counsel his father gave him before he got married. With over 30 million views, Smith's article, "Marriage Isn't For You," was quickly featured and discussed on The Today Show, BuzzFeed.com, Daily Mail, Cosmopolitan, MSN Living, Yahoo, Deseret News, Today.com, KSL News, TheBlaze.com, HuffPostLive, HLN, and numerous radio programs. Smith and his wife, Kim, also appeared on a number of news programs, including Good Morning America and Fox & Friends.

The post is also now available as a beautiful gift book--and as popular as ever. Within two days of its official publication (on May 6), the book skyrocketed to the top of the charts on Amazon.com.

For Smith and his wife, it's been a wild ride--and it's likely that it isn't over yet. LDS Living got the chance to sit down with Smith for a "behind-the-scenes" look into his viral blogging success.

What inspired you to write your viral blog post  “Marriage Isn’t for You”? My wife and I had a pretty serious fight a few nights earlier. Her loving response showed me just how selfish I had been, and reminded me of some advice that my dad gave to me before I got engaged: "Marriage isn't for you," he said. "It's about the person you marry."

How did your wife, Kim, feel about it at first? How does she feel about it now? My wife is much more private about her personal life. I, on the other hand, tend to shout things from the mountaintops. When the blog went viral, we were both in a state of shock (seriously, we didn't sleep much). While she remains a pretty private person, she's very grateful for all of the doors it has opened for us—but she quietly and lovingly urges me to write about topics other than our marriage.

What are some of your favorite comments from readers? I recently got this email from a friend on Facebook: "I had a friend tell me about your 'Marriage Isn't For You' article and I said that I knew the guy that wrote it. She wanted me to tell you this: Thank you so much! This article has saved my marriage. It came out at just the right time."

While I love getting those kinds of emails, I always feel like I need to remind them that they shouldn't thank me. I'm a selfish idiot. If anyone is to be thanked, it is either my dad (for giving me the advice) or my wife (for living the advice). They're the heroes of this story.

Do you think your Mormon faith influenced how some people received the message of your blog post? Yes, I received a number of comments (and even response articles) that were directed at my faith. But I don't mind. My Mormon faith has enriched my soul and made me a better, more loving person. If some people choose to criticize me because of that, that's their choice. My choice is to move forward with faith.

“Marriage Isn’t for You” has been read by 30 million people. How has life changed since this experience? Well, Kim and I both agree that our marriage is definitely stronger because of the article. I'm able to write/blog for a living (a dream of mine) and I have signed two other book deals, with a third one pending. Later this year, I will start a speaking tour to talk about chronic depression, suicide prevention, and family relationships. As a direct result of this article, our lives are filled with new and exciting possibilities.

What has been your favorite part about this experience? What has surprised you the most about this experience? My favorite part has definitely been how much it has strengthened my relationship with Kim. As far as what surprised me... there were a number of things that happened that felt like direct answers to prayers. Without going into too much detail, I marvel at how much this whole experience has increased my belief in the timing of God.

How do you respond to critics who say marriage is for yourself, too? I certainly don't deny that marriage is between two people and demands sincere efforts of both individuals. But if these critics are suggesting that marriage is purely for their own benefit, then I would suggest they try living marriage just for themselves—see how that goes.

“Marriage Isn’t for You” has now been published as a gift book. What do you want people to know about it? I'm so pleased with how the book turned out and it was a joy to work with Shadow Mountain Publishers in making it (they even let me add a few little things). I think it makes an absolutely fantastic gift for the one you love.

Get more of Smith's story in this ABC News interview:

The viral blog post is now a gift book! Buy it here (for yourself or for a loved one), at DeseretBook.com.

More About the Book:

What is the best marriage advice you ever received?

For author Seth Adam Smith, it was the advice from his father, who said, "Marriage isn't for you. It's about the person you marry." These few words completely change the way Seth looked at his relationship with his wife. His thoughts on the subject became an online phenomenon. Paired with beautiful images, they are now available as a book--the perfect gift for newlyweds, those who are celebrating an anniversary, or anyone who wants to learn how to make a relationship stronger.