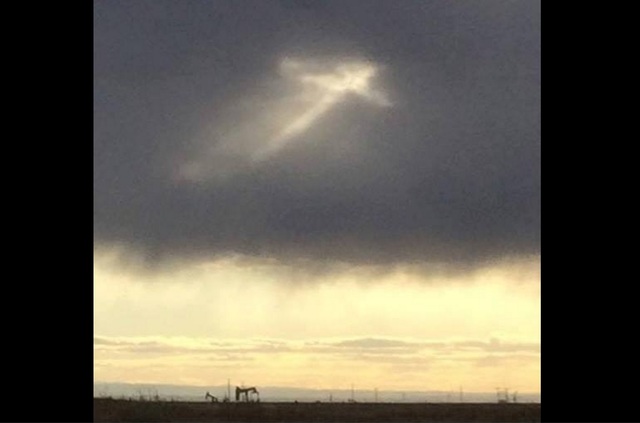 Viral Picture from a Weatherman Has Everyone Talking About God

War, violence, political debates that turn into personal attacks, skateboarding cats, the latest funny video. News today. It's eclectic, but in the vast mix of viral stories and current events, you hardly hear or see people sharing their faith in God.

That changed recently when Fox Carolina News posted an unusual picture snapped by their meteorologist. And while it didn't contain any mention of faith or religion, people understood it as a message of God's love.

It's a sweet story in itself, but it doesn't end there. While the picture has quickly gone viral, the beautiful thing about it is the way it has brought people together in a positive way. Practically none of the comments on the picture are negative or attack others—something rare in itself for social media. From South Carolina to Utah to Idaho, and from Baptists to Mormons, people have been commenting and sharing this story in a united show of faith in our Savior, Jesus Christ. 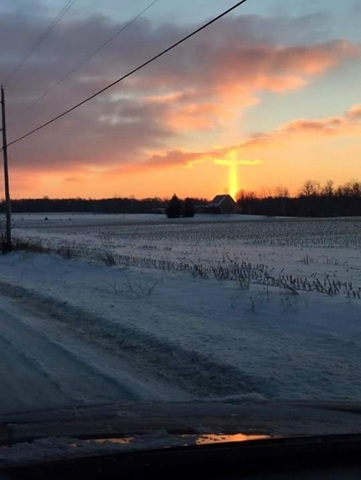 Picture shared by Laura Lelko on Facebook of  a snow storm in South Carolina.

In a world that so often highlights our differences and our disagreements, it's not often that Christians can stand together and marvel in the simple fact that we all know and believe that which is most essential to our existence: We have a Savior, Jesus Christ, who redeems us from our sins, even now, and makes our path back to our Heavenly Father possible. And there is a God who loves us with a love so perfect, He sacrificed His own Beloved Son for us.

So, while some might call it an anomaly in weather, something insignificant, or happenstance, I think it is significant—even miraculous. And it's not because the sun seemed to shine through the clouds in an incredible way that illuminated the outline of a cross. It's because so many people around the world hold a belief of Christ so deeply in their hearts that when they saw that simple picture, they all paused for a moment and celebrated their faith and Him who gave them life.

It's worth pausing to recognize that our Savior and Heavenly Father thread through everything in our lives, including weather patterns.

One of the meteorologists from our coverage partner in New Mexico snapped this photo that has people all across the...Posted by Fox Carolina News on Wednesday, February 3, 2016