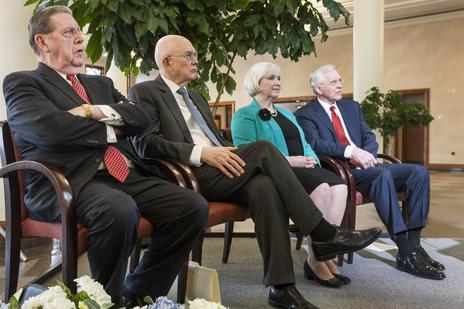 Religious beliefs can be a powerful influence on political beliefs, but there's a limit to how much bishops and pastors can sway their congregations,  according to new poll data from Utah shows.

The Church of Jesus Christ of Latter-day Saints announced its support last month for LGBT housing and employment nondiscrimination laws as long as religious freedoms are protected. The sponsor of Utah's law, Sen. Stephen Urquhart (R), himself a Mormon, told me at the time the announcement was a "tectonic shift" that would help the bill's passage.

But when it comes to how individual Mormons feel about the issue, there's little evidence the Church's stance has changed many minds. A year ago, 67 percent of Utah Mormons supported non-discrimination legislation, according to a January 2014 Deseret News/KSL poll. A Utah Voter poll released Wednesday and taken about a week after the announcement found 68 percent now do, a statistically insignificant increase.