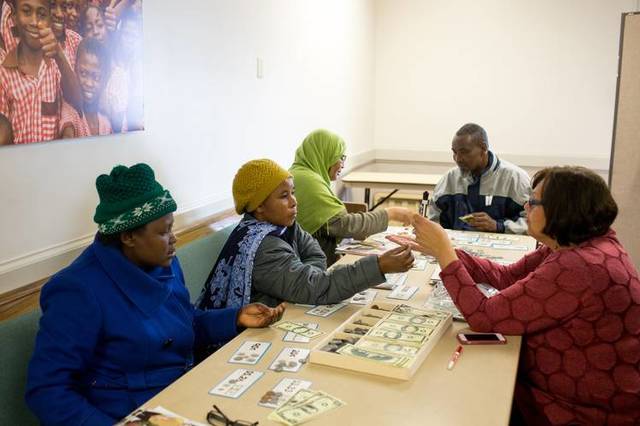 Just as the First Presidency released a letter announcing a new Relief Society initiative and resources to better reach out and help refugees in our communities, the Wall Street Journal published an article highlighting the incredible work Mormons have done with refugees so far. I'm sure they'll be impressed to see all of the great work that comes next!

Amid concerns over potential terrorists infiltrating the U.S., Gov. Gary Herbert of Utah has repeatedly pledged to keep the welcome sign hanging for refugees while most of his Republican counterparts want a review or pause in resettlement. . . .

“We are a compassionate people in Utah because we understand religious persecution,” said the governor in an interview, referring to the state’s history as the center of the Mormon religion. “We ought to keep out terrorists without keeping out people of a religious group.”

About two-thirds of Utah’s three million residents are members of the Church of Jesus Christ of Latter-day Saints, the Mormon Church organized in 1830 in New York state. Many have ancestors who were driven out of several states, where they were regarded as a threat, before settling in the Salt Lake Valley in 1847.