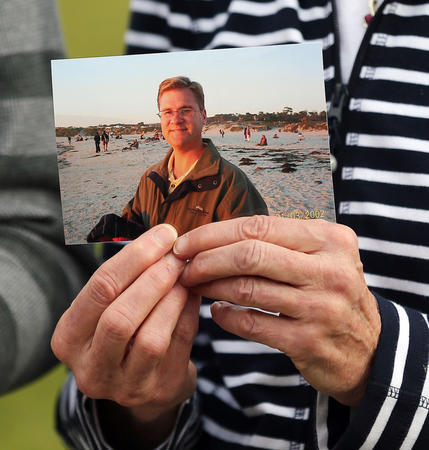 MR says: A ward in Salt Lake City is focusing on healing after a member and father of four, Russell Jacobs, was shot by a man in their neighborhood--Jesse Lyle Bruner, someone many members remember as having grown up in their ward. Members of the stake presidency visited the ward this past Sunday to help bring unity and added comfort to its members.

The first time Russell Jacobs knew Jesse Lyle Bruner was carrying a sawed-off shotgun was when the man turned to face him and pulled the trigger.

On Friday, more than 24 hours after a shootout between two members of an East Millcreek neighborhood, Unified police released more information about the deadly confrontation.

"It could have been any house on that street," he said.

Jacobs, a father of four, was in the house asleep, with his wife Jana and his 18-year-old son Josh. The three were the only ones home at the time, police said.