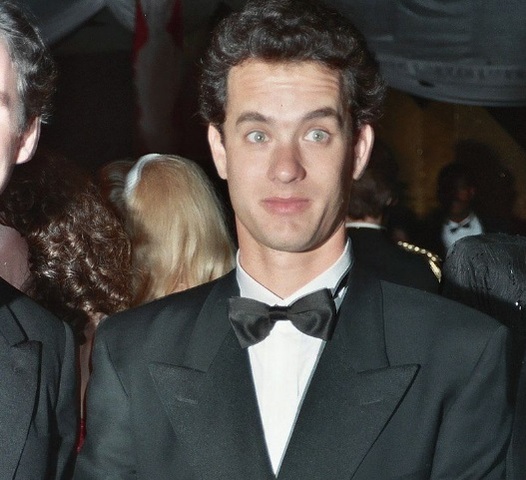 Was Tom Hanks a Mormon?

If you have happened to come across lists of famous former Mormons or celebrities rumored to be Mormon, you might have seen Tom Hanks make the cut.

While Tom Hanks attended LDS meetings with his stepmother—who also invited missionaries over to their home while he was a young boy—there's no proof that Tom Hanks ever became a member of the Church or even seriously considered Mormonism.

In fact, that possibility seems very unlikely seeing as Tom would have been under the age of eight when he attended Church meetings and that his father, Amos Hanks, didn't approve of the Church.

Amos Hanks married his second wife, Winifred, when Tom was only five years old. A Protestant, Winifred became "enamored" of the Mormon Church.

"Her love of the Mormon Church was just one of the reasons I think dad left her," Tom Hanks said during an interview quoted in Tom Hanks: The Unauthorized Biography by Black Publishing.

The marriage lasted less than two years, but Winifred shared an experience that shows the Church at least had an impression on Tom: "'It was funny because the kids enjoyed going to church. But after we had split up, Mr. Hanks and I were at a friend's wedding and Tom ran up to me and said, "Mum, mum, guess what? I'm not a Mormon anymore. Now I am a darned old Catholic!"' (David Gardner. Tom Hanks: The Unauthorized Biography. London, UK: Blake Publishing Ltd. (1999) found on ldsfilm.com).

So while this shows the young Tom Hanks once associated himself with Mormonism (his use of the word "anymore" suggests he thought of himself as Mormon at some point), this was not long-lasting. In fact, the Church of Jesus Christ of Latter-day Saints was just one among many religions Tom Hanks was exposed to.

In an interview with George magazine, April 1998, quoted on ldsfilm.com, Hanks said:

"The major religion I was exposed to in the first 10 years of my life was Catholicism. My stepmother became a Mormon. My aunt, whom I lived with for a long time, was a Nazarene, which is kind of ultra-super Methodist, and in high school, all my friends were Jews. For years I went to Wednesday-night Bible studies with my church group. So I had this peripatetic overview of various faiths, and the one thing I got from that was the intellectual pursuit involved. There was a lot of great stuff to think about."

Just this year, Closer highlighted the way "faith saved [Tom Hanks's] family" as his wife struggled with breast cancer, his son Chet struggled with substance abuse, and he struggled with Type 2 Diabetes. So, though his faith isn't Mormon, it's encouraging to see that faith still blesses his life.