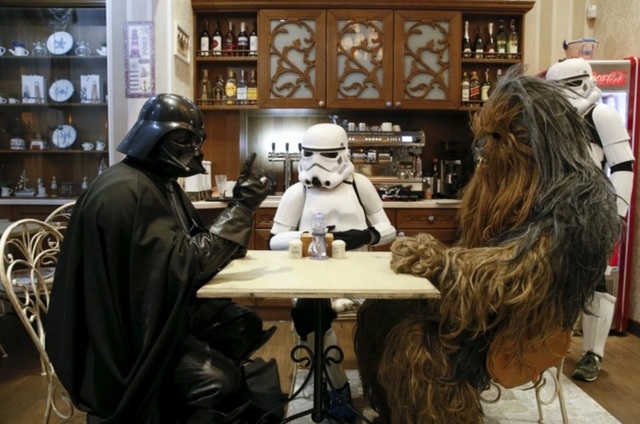 Everyone is suffering a little from Star Wars fever right now. But Mormons especially. Here's one Washington Post writers take on this phenomenon.

When”The Empire Strikes Back,” the second film of the “Star Wars” saga, opened in Salt Lake City in May 1980, many Mormons left the theater convinced that they had seen a familiar face. By the time “Return of the Jedi” hit Utah’s rental shelves in the mid-1980s, the rumor was hard to escape in Mormon country: The Jedi Master Yoda was based on Spencer W. Kimball, who served as president of the Church of Jesus Christ of Latter-day Saints, commonly known as the Mormon Church, from 1974 to 1985.

► You'll also like: How "Star Wars" Was Influenced by a Mormon

The reasons ranged from the trivial to the telling. Like Yoda, Kimball was short, with large ears, thin white hair, and a slightly squashed, wrinkly face. Both had a knack for gnomic, oracular axioms. Kimball was famous for urging Mormons not simply to believe in their faith, but to “do it,” and even to “do it now,” advice Yoda inverted into “Do, or do not.”

Mormons believe that the president of their church is the only person on Earth with the entirety of the priesthood authority Jesus Christ granted to the apostle Peter; Yoda was the last Jedi in the galaxy.

Unfortunately for the Mormons, Stuart Freeborn, who designed Yoda, did not mention Kimball when he cited his inspirations. But looking more closely, it appears that the Mormon identification with “Star Wars” is only one manifestation of a deeper Mormon fascination with the genres of science fiction and fantasy.