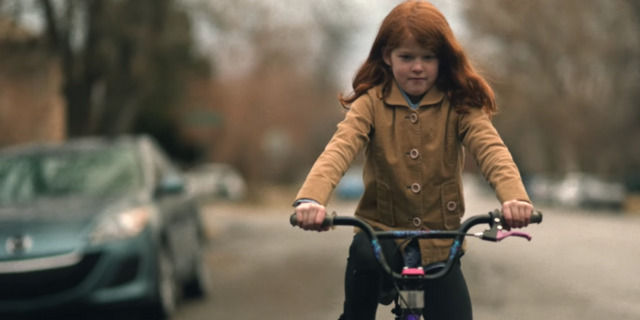 Watch: BYU Speeches shares the parable of the bicycle in this new inspiring short

It’s a story almost anyone can relate to: A 7-year-old girl asks her father if she can have a bicycle, saying she is the only kid on the block without one. The father tells her if she saves all her pennies, she will soon have enough to buy a bicycle.

Stephen E. Robinson, then a professor of ancient scripture at Brigham Young University, shared this story about his daughter in a May 1990 BYU Devotional, and now BYU Speeches has turned it into an inspiring short which has already garnered over 19,000 views.

Robinson shared that his daughter did start to save every single one of her pennies in order to buy a bike. He would hear the pennies clinking into the jar as she earned them from helping her mother. When Robinson realized his daughter was following his instructions, he took her downtown to look at bikes.

At the store, she found the perfect bicycle. But upon seeing the price tag, she started to cry, saying, “Oh Dad, I’ll never have enough for a bicycle.” Her dad asked her how much she had, to which she replied 61 cents.

“I’ll tell you what,” her dad said. “You give me everything you’ve got, the whole 61 cents, and a hug and a kiss, and the bike is yours.”

She once again followed his instructions. Robinson said he had to drive home very slowly because she wanted to ride the bike home, so he followed her in the car. And then it occurred to him that what had just happened was a parable for the Atonement of Christ.

“We all want something desperately—it isn’t a bicycle. We want the celestial kingdom. We want to be with our Father in Heaven,” Robinson shared. “And no matter how hard we try, we come up short. . . . It is at that point that the sweetness of the gospel covenant comes to our taste as the Savior proposes, ‘I’ll tell you what. All right, you’re not perfect. How much do you have? . . . Give me all there is, and I’ll pay the rest. . . . Enter into a personal relationship with me, and I will do what remains undone.’”