Watch: Country Star Shares How Listening to the Book of Mormon Changed His Life

The Book of Mormon has changed the lives of many, including Nashville Tribute Band's Tim Gates.

In a new mormon.org video, Gates says his mom surprised him one day when he turned on his car radio to find a Book of Mormon CD playing instead of country music. He kept listening to the Book of Mormon, and as time went on, Gates says he found himself taking longer ways to work or just going for an extra drive to listen to the scriptures.

"When I listened to George Strait sing, I wanted so bad to sing like him," Gates says. "But when I put that Book of Mormon in my CD player, I wanted so badly to be like these great men. . . . It changed my life."

► You'll also like: "5 Celebrities Featured in the Church's "I'm a Mormon" Videos" 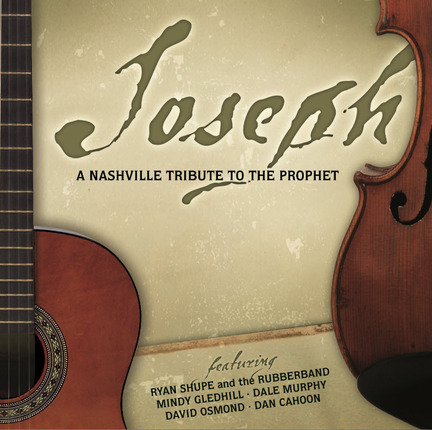 Follow the prophet from the First Vision to Carthage and experience, through world-class narration and powerful music, what it was like to be Joseph. Nationally renowned producers Jason Deere (producer of Ryan Shupe and ShEDAISY) and Dan Truman (Diamond Rio) have taken LDS music to new heights — capturing both the trying and the joyful times of Joseph — with a brand new country flavor. With David Osmond, Ryan Shupe, Dale Murphy and more.