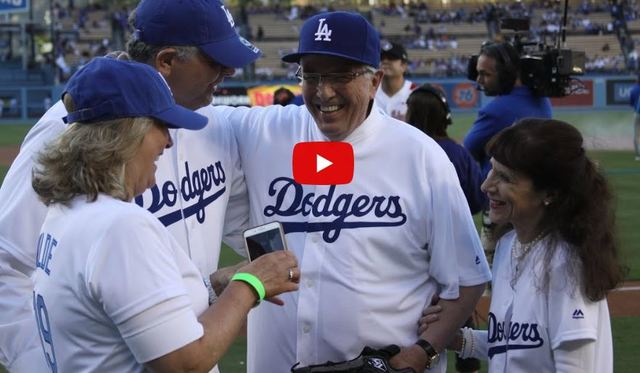 Elder Neil L. Andersen wound up on the pitcher's mound at Dodger Stadium on July 19, 2019, prepared to throw the first pitch. There to catch the pitch was Area Seventy Gary K. Wilde.

Approximately 2,000 members and friends of The Church of Jesus Christ of Latter-day Saints, including close to 300 missionaries and investigators from the California Los Angeles Mission, gathered together in Southern California on Friday, July 19, 2019, for “The Church of Jesus Christ of Latter-day Saints Family Night at Dodger Stadium.” An annual event and local tradition previously known as “Mormon Night” for over 40 years, the 2019 event was the first since President Russell M. Nelson announced the importance of using the “correct and proper name” of the Church. During the evening, Elder Andersen enthusiastically stated, “It’ll be a very big satisfaction for me to tell President Nelson that the announcer said it very, very clearly two or three times—The Church of Jesus Christ of Latter-day Saints.” In regards to the almost 300 missionaries in attendance, he added, “We love seeing the missionaries and the big screen showed the missionaries cheering. Of course, everyone here in Los Angeles knows who the missionaries are, but it’s nice for them to see that these are young men and young women who like the same things everyone else likes.”

This “Family Night at Dodger Stadium” was truly a family night for the Andersen’s who were joined at the event by all of their children and most of their grandchildren. Event coordinator, Gary Condie, not only sees the benefits of this event to the church but also as a blessing for general authorities and leadership of the Church that sacrifice so much while dedicating their lives to God. Concerning Elder Andersen, he said, “What you see tonight is not only do we have a Church leader here, but we have a family man. He’s here also as a grandpa, as a father and a grandpa. His children are here. His grandchildren are here. Almost all of his family has come with him.” Brother Condie thought back to one of the past events, adding, “I remember Sister Patricia Holland the year that Elder Jeffrey R. Holland came and threw out the pitch. She said to me, 'Brother Condie, you have no idea what this means to our family. We never get to do something like this.'"

This was Elder Andersen’s second appearance at Dodger Stadium to throw out the first pitch—an accurate toss that was a little high and inside but not that far off the plate.

This year’s event was the final one to be spearheaded by coordinator Gary Condie. Elder Andersen expressed his appreciation and love for Gary and wife, Myrna, saying: “We’ve known Brother and Sister Condie for so many years. They’ve given of their time and their resources to help the name of the Church be more prominent in the area. We love them. We’re so grateful for them. With this being his concluding year, just from the First Presidency and the Twelve, we just express our deep appreciation to them for their love of the Gospel and what they’ve done for The Church of Jesus Christ of Latter-day Saints here in Los Angeles."

Elder Wilde added, “I think there have been 15 members of the Quorum of the Twelve or other general authorities that have come here. Gary has made that all happen and he’s very generous with his time and his funds to make this happen. He’s a superstar.”

As Elder Wilde stated, many high-profile leaders of the Church have been able to participate in the past including, but not limited to, Sister Linda K. Burton, President M. Russell Ballard, Elder Jeffrey R. Holland, Elder Dieter F. Uchtdorf, Elder David A. Bednar, Elder Quentin L. Cook, Elder L. Tom Perry, Elder Robert A. Rasband, and Elder Robert D. Hales, the latter a former University of Utah pitcher that actually had prospects of playing professional baseball until a shoulder injury ended his career.

Check out these awesome pictures of some of our Church leaders throwing out first pitches: 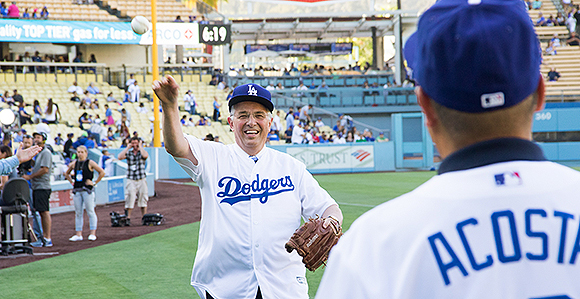 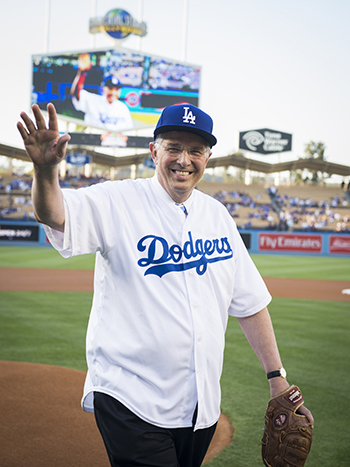 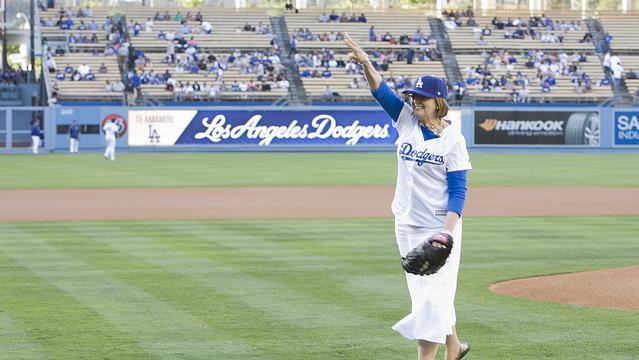 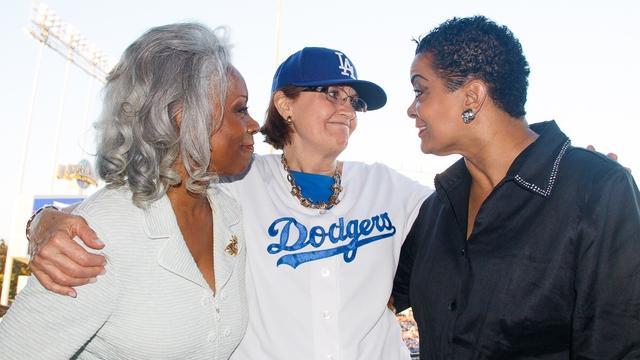 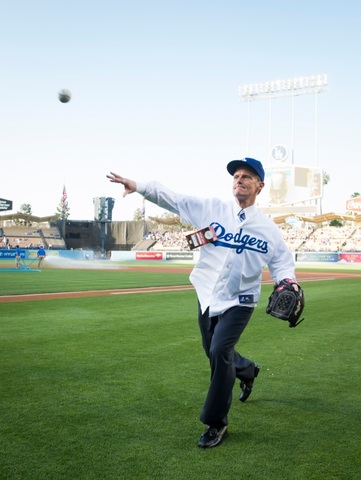 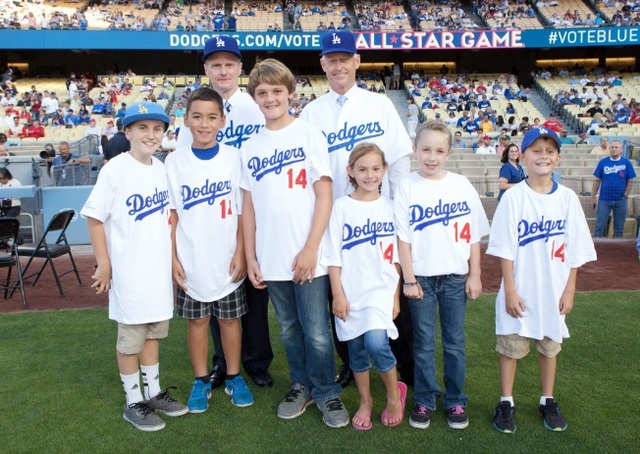 Elder David A. Bednar throws the first pitch on June 27, 2014, to Elder Jerryl L. Garns, an Area Seventy and poses with Primary children. Images from Newsroom. 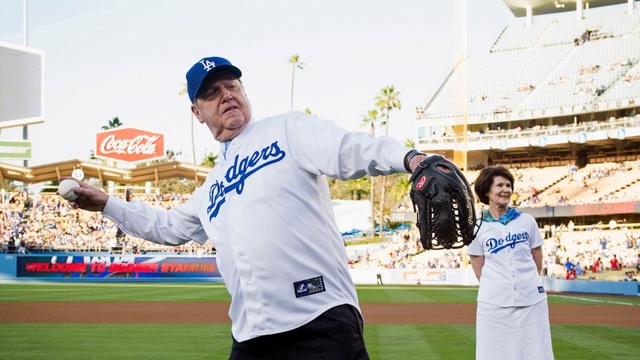 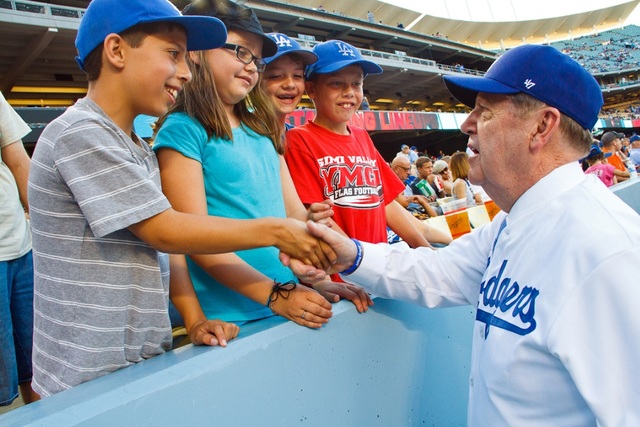 Elder Jeffrey R. Holland throws the first pitch on June 28, 2013, to Elder Kevin S. Hamilton of the Church’s Second Quorum of the Seventy. Images from Newsroom. 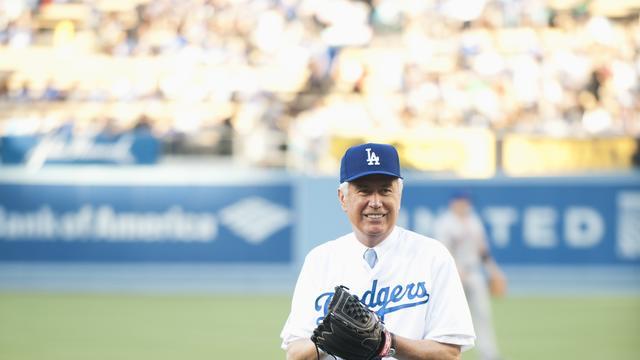 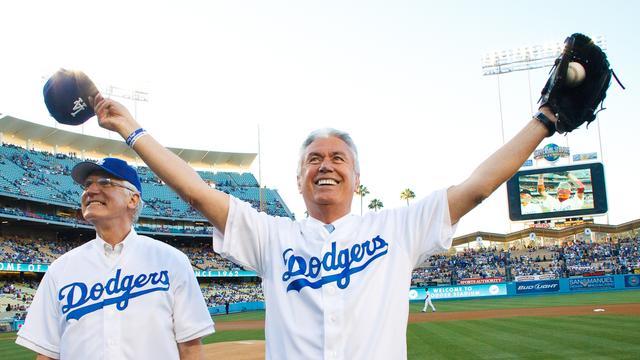 President Dieter F. Uchtdorf throws the first pitch on June 29, 2012, to Elder William Reynolds, a Seventy in the Church. Images from Newsroom. 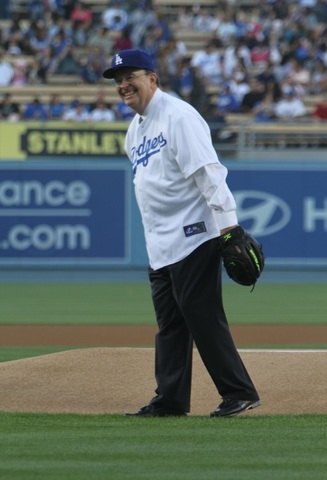 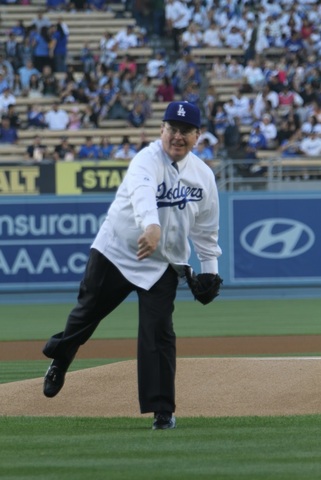 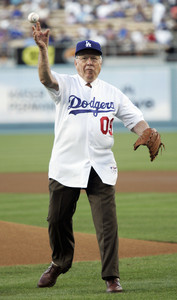 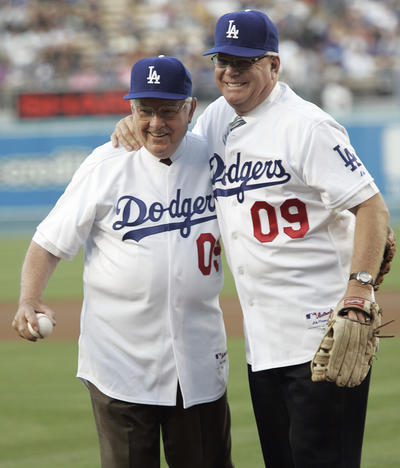 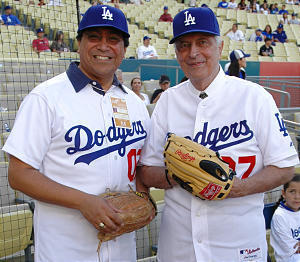 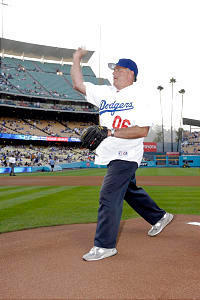 Elder Ronald A. Rasband, then of the Presidency of the Seventy, throws the first pitch on July 25, 2006. Image from Deseret News. 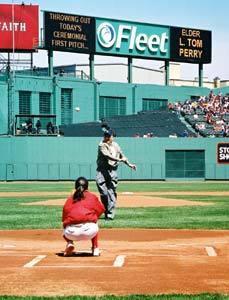 Elder L. Tom Perry throws the first pitch May 8, 2004, at a Boston Red Sox game. He even enlisted the prayers of missionaries before the toss. Image from Church News.