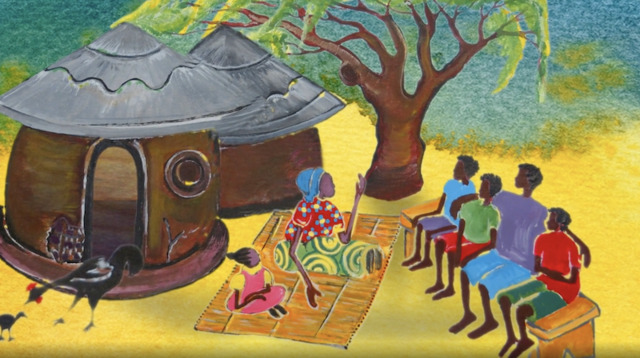 When Elder Edward Dube was a child, his mother told their family stories and valuable life lessons while they sat beneath a mango tree close to their home. It was also under those branches where his mother taught her son that one day, he would need to venture beyond the shade of that tree.

In a new video by Deseret Book, Elder Dube explained how his mother’s lesson came to fruition for him. As a young man, he stood alone in front of a meetinghouse of The Church of Jesus Christ of Latter-day Saints in Kwekwe, Zimbabwe. He had been reading the Book of Mormon, which he had received from his employer, and started feeling that he should go to church. But while he knew where the meetinghouse was located, he stayed a safe distance away for a few Sundays, watching those who went inside from across the street. 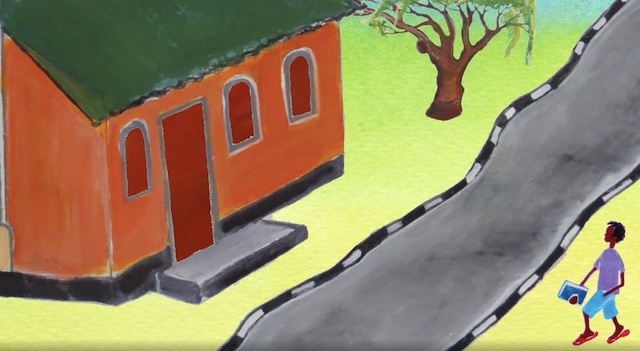 “I felt inadequate. I worried that I would not fit in with them. Many of them drove vehicles. The men dressed in white shirts and ties, and some even wore dark suits. And all of them were white. I reasoned that I probably needed to wait at least until I could afford to purchase a white shirt and a tie,” Elder Dube recalled.

But then two members of the Church noticed him and encouraged him to come inside.

“With their little nudge, I finally gathered courage to walk into that building. I remember that day clearly. It was February 5, 1984. I was 21, and as soon as I entered the chapel, I immediately wanted to walk right back out. I felt that I was so different than most of those in attendance, but I stayed and sat down on the back row.” 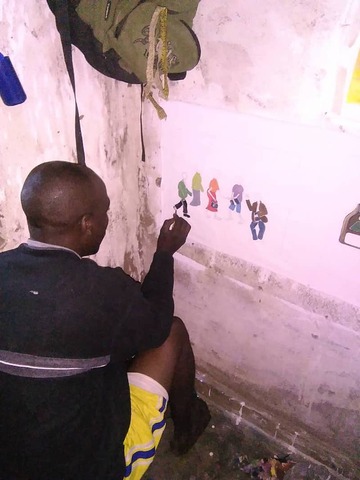 The artwork in the video was done by Joseph Banda. The artist, a Latter-day Saint who attends the Zingwangwa Branch, Blantyre Malawi District, was a branch president in the area for five years. Banda uses acrylic paints in his work and has previously had his paintings highlighted in the Church’s International Art Competition. His style, which uses bold colors, captures Elder Dube’s story in an authentic manner, as Malawi and Zimbabwe are both part of the Church’s Africa South Area.

To create the art for the video, Banda used a wall in his home to stretch a canvas across it. He has also used the space for the past 12 years for other pieces.

“It was an adventure [to have] been part of this project,” Banda said. “A lot of people here know Elder Dube. He served here as a mission president. It was a great honor for me to do the work, and we received a lot of missionaries from Zimbabwe. They all speak [well of] him. They call him ‘baba,’ meaning ‘elder’ or ‘father.’” 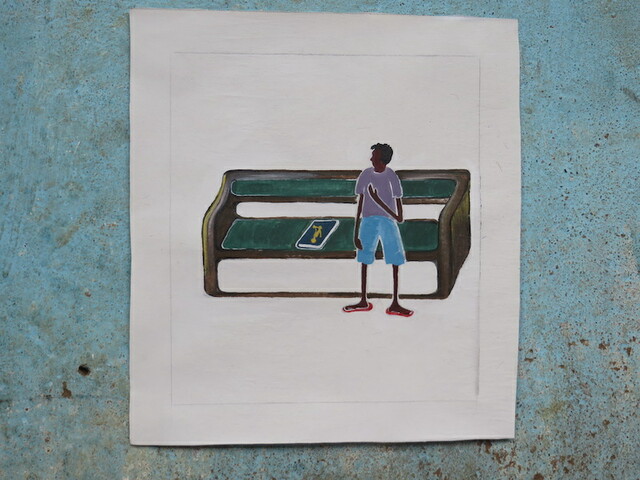 Banda’s artwork follows the narration in the video, depicting how Elder Dube found himself in a testimony meeting and felt comfort listening to two of the members who spoke.

“Suddenly, I found myself on my feet. Yes, I was the fourth person to speak in the meeting,” Elder Dube said. “I said, ‘I, too, am reading the Book of Mormon. I like it, and I love Jesus Christ. Thank you. Then I quickly sat down.”

Members of the Church welcomed Elder Dube after the meeting, inviting him to priesthood class, Sunday School, and a Tuesday night class where he could learn more about the gospel.

“I felt overwhelmed by the love of these members who were willing to go beyond the shade of their own mango trees to reach out to welcome a young man who may have felt different than they were, but they helped him realize that we are all brothers and sisters,” he said.

Elder Dube is now a General Authority and is a counselor in the Africa South Area Presidency. In April 2021 general conference, he gave an address called “Pressing toward the Mark.” He also spoke during October 2013 general conference, where he shared another lesson he learned from his mother. His new book, Beyond the Shade of the Mango Tree: Reflections on What God Sees in Us, is available through Deseret Book.

Watch a video of Elder Dube sharing his story below.

Elder Edward Dube grew up in rural Zimbabwe (then Southern Rhodesia), against the backdrop of civil war. From humble beginnings, he worked hard in the fields, walked miles for water, and sacrificed for the privilege of education. His mother would sometimes gather her children and teach them in the shade of the mango trees near their home. But we can't learn everything we need to know if we stay in the comfort of a tree’s shade.

Beyond the Shade of the Mango Tree shows us how our Heavenly Father speaks to and magnifies His children who turn to Him. Elder Dube’s story is in some ways the same as many of God’s children’s, but in other ways, his experiences are vastly different. From growing up in war-torn Zimbabwe to his Church leadership experiences in South Africa, Zimbabwe, Ghana, Nigeria, and the United States, Elder Dube’s stories and insights offer fresh perspectives on core gospel teachings. Through Elder Dube’s own personal experiences along with teachings of latter-day prophets and the scriptures, Beyond the Shade of the Mango Tree teaches us that we can come to see ourselves as the Lord sees us—His beloved children, with the potential to become like Him.