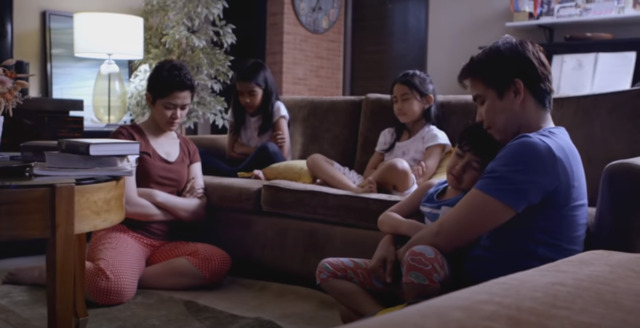 Watch: How 1 Filipino family has endured a stage 4 cancer diagnosis with faith

When Darlyn and Gilvert were married in the Manila Philippines Temple in 2007, they had no idea that eight years and three children later, their lives would change drastically.

“I never cried in front of [Darlyn],” Gilvert says. The first thing he did was go to a small room and cry to his Heavenly Father, asking for strength to get through the challenge of learning that his wife had stage 4 cancer, which had already spread to her liver, pelvic bones, spine, shoulder, and other places.

Darlyn says that when her hair first started coming out, “I felt that I was so ugly, but I knew that I was a daughter of God.” On top of struggling with discouraging feelings about her physical appearance, she also emotionally explains that she recognized the reality that she might not live to see her children grow up and go to school or get married. But she and Gilvert chose to look at their challenge with eyes of faith and to teach their young children to do the same.

“I cannot contain the emotions that I have, but when I prayed to our Heavenly Father and Jesus Christ, somehow they gave me comfort,” Gilvert says.

After going through 18 weeks of chemo, Darlyn’s cancer is in remission and her hair has grown back, but as a stage 4 cancer patient, she will never be cancer-free. That doesn’t stop her and Gilvert from looking at their life right now with faith and gratitude.

“I wouldn’t be so bold as to say that it is easy to get through if you read the scriptures or pray, because it wasn’t easy,” Darlyn concludes in the video. “But I’ve been very blessed with all of the help Heavenly Father sent my way.”

Listen to Darlyn and Gilvert describe their experience and faith in this touching #HearHim video below.

Makes You Think #Hear Him Cancer Faith#Hear Him,Cancer,Faith,Makes You Think
Comments and feedback can be sent to feedback@ldsliving.com