Nathan Pacheco is your average guy. He goes to work every day, spends time with his family, and spends time doing the things he loves.

But what some people might not know is he’s a gifted singer, three-time Billboard-charting artist, and has a soft spot for “O Holy Night.”

“There's just something about the lyrics and the music that speaks to my heart in a way that few songs do. I just love how throughout the song it describes the birth of the Savior and then invites all of us to fall and worship Him,” he shares.

He even performed the song at Disneyland with Welsh singer Katherine Jenkins in December 2011. The two delivered a powerful duet of the classic Christmas song to a crowd of enthusiastic people, many donning Santa hats.

He says music is the language he speaks, and the music perfectly matches the message of the song.

“I just envisioned in my mind while writing that of just the end of this devastating war and these children on the ground, basically crying out, 'Hallelujah, glory to God.' Because of Him delivering them from those things that they could never find deliverance from before,” he continues.

Since that time, Pacheco has gone on to perform with other famous artists in locations around the world.

In 2015, David Archuleta and Pacheco teamed up to celebrate Christmas and participate in the Church campaign #ASaviorIsBorn and released a music video titled, “The Prayer.”

Nathan will also be going on tour for November and December. This memorable concert will create the perfect setting to feel the spirit of Christmas and to share its magic with someone you love. Click here to learn more and buy tickets.

Listen to a demo of Nathan Pacheco’s new Christmas album below or on Soundcloud. 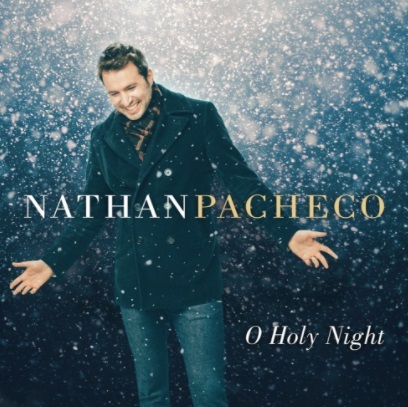 Experience the wonder and joy of the Christmas season like never before with the first full-length Christmas album O Holy Night from Billboard-chart-topping tenor Nathan Pacheco. These emotional renditions will add new life to Christmas classics like "Joy to the World," "Silver Bells," and "Winter Wonderland."