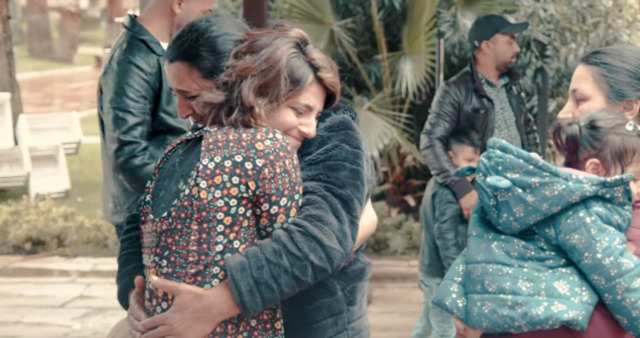 A new video released by Operation Underground Railroad and its founder, Tim Ballard, shows a reunion between a human trafficking victim and her family.

“You are about 15 minutes away from meeting your long lost family,” Ballard says to Belle Barbu in the video.

Deseret News recently published an article detailing Barbu’s discovery that she was trafficked as an infant from Romania to the United States. Barbu found her birth family through a Facebook group that connects adopted Romanian children to their families. Within 48 hours of joining the group, Barbu’s family was located. Through communication with her birth family, Barbu learned the details surrounding her adoption.

Prior to meeting her birth family, Barbu and Ballard discuss the impact this discovery has made on her and her loved ones.

“I have never been forgotten,” a tearful Barbu says, noting that her family never gave up on her. Her sister in particular prayed for her every day, saying that while they might be a world apart, their bond as sisters keeps them connected.

Watch the reunion of Barbu and her family:

READ THE REST OF THE STORY AT: deseret.com