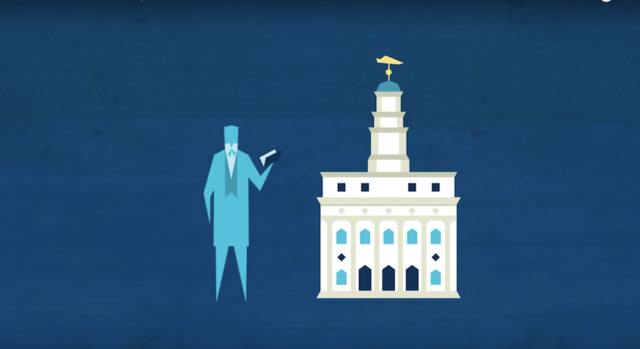 A new video released by the Church answers questions as to whether the Prophet Joseph Smith was a mason and how masonry is connected to temple worship in The Church of Jesus Christ of Latter-day Saints.

Defining “freemasonry” as a worldwide network of fraternal organizations that has existed for hundreds of years and “promotes morality and service to others,” the video discusses how Joseph Smith, Hyrum Smith, and their father, Joseph Smith Sr., were all masons in the 1800s.

Joseph Smith joined the Masonic Lodge in Nauvoo on March 15, 1842, and became a master mason one day later, the video says. At the time, over 1,500 members of the Church in Nauvoo were also listed as free masons.

Other masons in early America included President George Washington, Benjamin Franklin, and many signers of the Declaration of Independence.

The video describes how prior to becoming a mason, Joseph Smith received revelation about God’s desire to make eternal promises—otherwise known as covenants—with Church members.

“Some of these covenants, along with instruction about the purpose of life, are presented to members of the Church in a ceremony called the endowment, held in holy temples,” the narration in the video states.

Latter-day Saints who were masons and experienced the temple endowment noticed some similarities between the two ceremonies in regards to presentation and clothing worn by participants. However, "they concluded the temple ceremony was of divine origin,” the video says.

The video states that God uses many means to inspire his prophets and help them receive revelation, and that the temple ceremony was not a copy of masonry, but a revelation from God. Additionally, the content, covenants, and truths introduced by Joseph Smith were revealed to him before he encountered masonry.

The video also outlines the differences between masonry and the endowment ceremony and says members are not prohibited from becoming masons, or vice versa.

“Latter-day Saints believe that good can be found in many places,” the narration says. “God loves all His children and wants them to learn of Him and return to Him. Through the endowment ceremony in His temples, God reveals profound truths about His plan for the happiness of His children.”