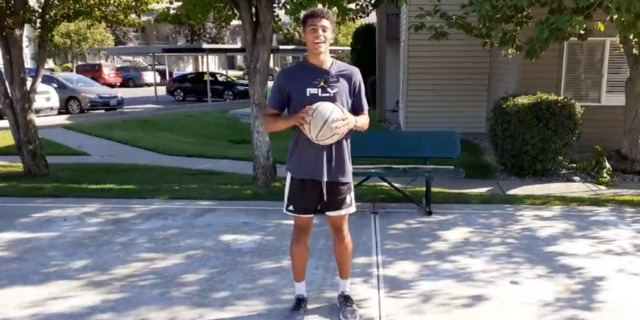 As missionaries adapt to new circumstances amid the pandemic, some have turned to music or art as a way to share the gospel online, but Johnson had another idea. Why not use his own talents and share scriptures alongside slam dunks and impressive shots?

Johnson, who is serving in the Columbus Ohio Mission, recently decided to reach out to his former teammates who are also currently serving, asking if they wanted to make social media videos with scriptures, thoughts, and basketball shots. Stewart, serving in the Washington Kennewick Mission, responded enthusiastically. The videos are shared on Facebook and Instagram on a page called "Scripture Splash."

“I wanted to do something fun that I love, as well as tying it into the gospel,” Johnson told LDS Living. “I see being a missionary as being yourself while actively seeking to bear your testimony and represent the Savior accordingly. After all, there are two names on the name tag—the most important being Jesus Christ and the Church. The second most being my own.”

Even though the two serve about 2,000 miles apart, they connect on preparation days to share ideas for what videos to film. Before coming to the Washington Kennewick Mission, Stewart served for nine months in the England Leeds Mission before being reassigned due to COVID-19—however, even in the reassignment Stewart sees God’s hand.

► You may also like: Some missionaries called to Europe and Asia are beginning to return to their original assignments

“I was really sad to come home because England was amazing, but my great grandparents lived here [in Washington],” Stewart told LDS Living. “He was in the stake for 21 years and helped set up the Church here. Now I’m serving in the area where he lived and served.”

KSLSports.com reports that when BYU head coach Mark Pope announced Stewart’s signing in 2019, he said, “All I have to say about Trey Stewart is ‘Dunk you very much!’ This young man has a beautiful way of introducing himself to the competition.”

Even though the pandemic has changed the look of missionary work, Stewart sees the spiritual slam dunks.

“The Lord is definitely ready for this,” Stewart said. He continued, “We just have to trust God in the current circumstances.”