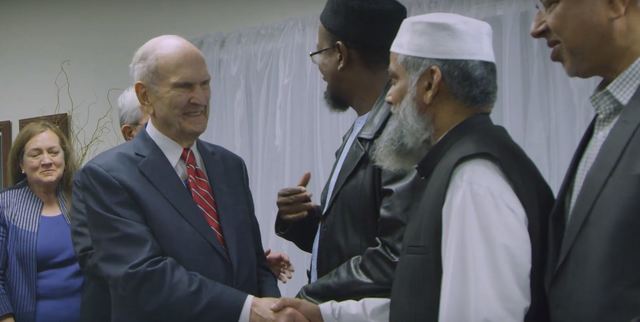 A little more than two months after the March 15 mosque shootings in New Zealand, an emotional video was released by Church News showing President Russell M. Nelson presenting Muslim leaders of Christchurch with two $50,000 donations, one for each affected mosque.

In the video, ecclesiastical leaders from both faiths stressed unity and moving forward together in faith.

"We are all united. We are all one," one Muslim leader shared. President Nelson added, "It's incomprehensible that anybody could do that to another human being. So what can we do? We can pray, we can love, we can minister."