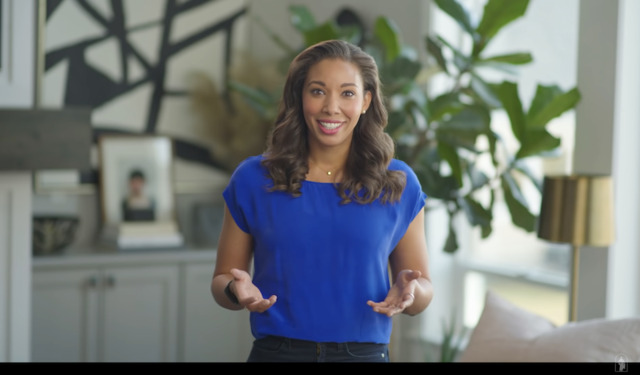 One day while living in New York City and working as an entrepreneur for small businesses and start-ups, Courtney was approached by a stranger. That stranger told her that she had the perfect body type for skeleton, a winter sport in the Olympics.

Courtney had never heard of skeleton before, but the stranger—who was an athlete training for the Olympics in South Korea—encouraged her to attend a fitness test to try out. Although Courtney had been an athlete in high school and college, she had never done a winter sport previously. But a small voice inside her told her to look it up and to go.

Now, Courtney currently trains to compete in the Olympics as a skeleton racer and has found fulfillment in the sport. It has also taught her some lessons. She shared some of those lessons in a new video released by the Church on April 27.

“My coach told me, ‘When you see yourself coming to a curve at the wrong angle and you find yourself in a bad position, to relax, to sink into your sled, and embrace the hit,’” she recalls. “When you try to avoid or steer away from the wall, you actually drive yourself into it even harder and it keeps you on the wall for longer. But if you embrace the hit, it can redirect you and put you on a smoother, straighter line, and sometimes set you up for a better result in the end.”

Embracing the hit is something Courtney has had to do all her life. As a young girl, her parents divorced, which made her question her value and purpose in life. Recently, she experienced a miscarriage, which made her feel like she was drowning in grief. But she says without her darkest moments she would not know how sweet the brightest moments are.

“I chose to ask to see the Lord’s hand in my life. He will show you. Maybe not in the timing you want. But I assure you that He is aware of you and wants you to see His path and His plan. So listen and embrace the hit,” she says.