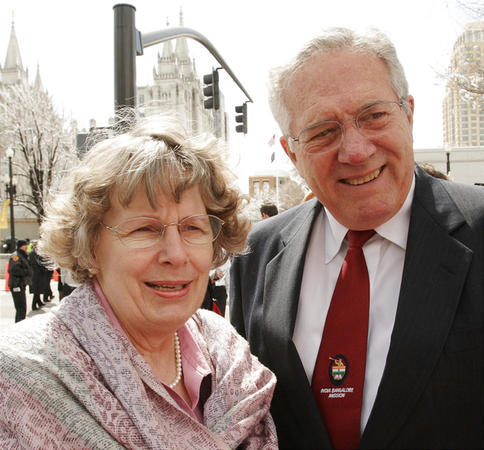 The introduction of the LDS Church's formal welfare program 75 years ago — on April 6, 1936 — provided a focus for several speakers during the 181st general conference.

In its 75 years, the program has touched virtually every member of The Church of Jesus Christ of Latter-day Saints, especially through its primary principle of fostering self-reliance. Most have been either a contributor or recipient of the program's goods and services that support individuals and families when their needs outstrip self-reliance.

Benefits have extended as well to numerous people outside church ranks in times of exceptional needs such as natural disasters. Devastating earthquakes, floods, tsunamis and other natural disasters in recent times have generated enormous needs.