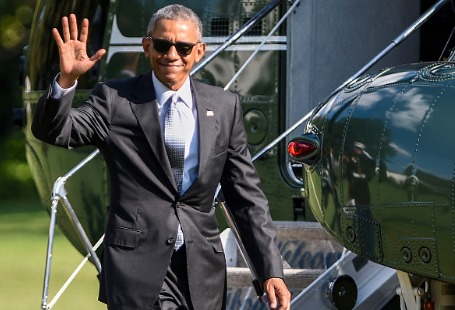 While visiting a mosque before the National Day of Prayer, President Obama told the Islamic Society of Baltimore: "Mormon communities have been attacked throughout our history . . . . When any religious group is targeted, we all have a responsibility to speak up, and we have to reject politics that seeks to manipulate prejudice or bias and targets people because of religion." 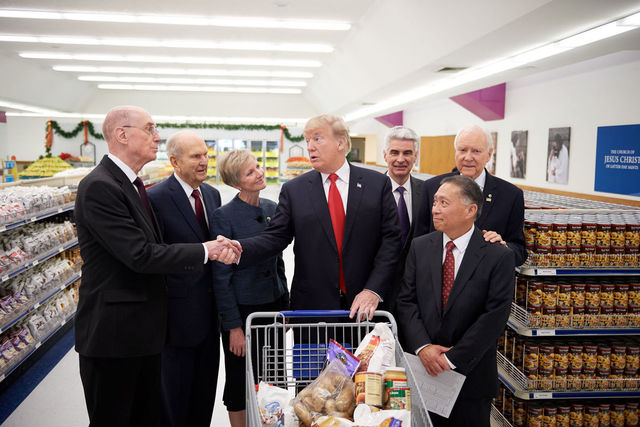 Image from the Daily Herald

When he toured Welfare Square in December 2017, President Donald Trump was full of praise. "You're helping people," he said. “I know so many people that are in your Church. The job you’ve done is beyond anything you could think of—180 countries, taking care of people . . . and the respect that you have all over the world.”

His visit also included a meeting with President Henry B. Eyring, President Russell M. Nelson, Presiding Bishop Gerald Causse, General Relief Society President Jean B. Bingham, and Utah Senator Orrin Hatch. During the meeting, Trump praised President Nelson's work as a heart surgeon, saying he was a “great heart surgeon; one of the best in the world” but “he decided to help even more people" by becoming a religious leader.