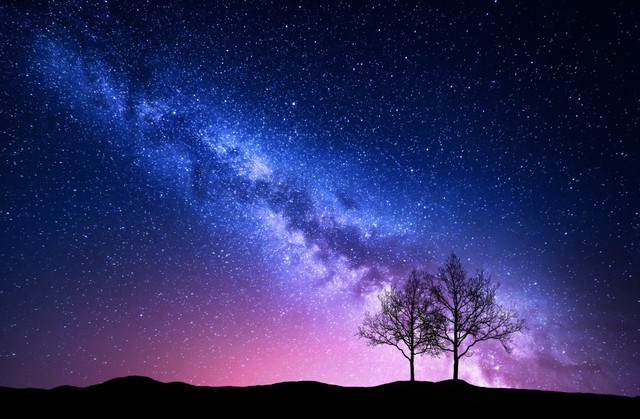 "Leaders see a vision of the future; they take an oath to achieve that future; they take a stand to sacrifice whatever is necessary; then with words they paint a picture of that future and take us by the hand and lead us there, all the while keeping us in orbit. Leaders look to the stars and help us soar."

In his sweeping vision of the cosmos, Abraham learned some principles about leadership that he wrote in his record to perhaps help us, his children, in the last days.

“And I saw the stars,” began Abraham, “that they were very great, and that one of them was nearest unto the throne of God; and there were many great ones which were near unto it. And the Lord said unto me: These are the governing ones; and the name of the great one is Kolob.”[i]

To understand the vision of the heavens, Abraham, like Moses, learned that stars represent the organized intelligences, who are the spirit children of God.[ii] The greatest and “first creation, nearest to the celestial”[iii] is Kolob, which represents Jesus Christ, who is nearest to and most like God, and who, in ascending order, is “more intelligent than they all.”[iv]

Other representations of stars are revealed in the vision. For example, Abraham learned that a star called Oliblish “stands next to Kolob…which is the next grand governing creation near to the place where God resides; holding the key of power also.”[v] Could this star represent the Holy Ghost?