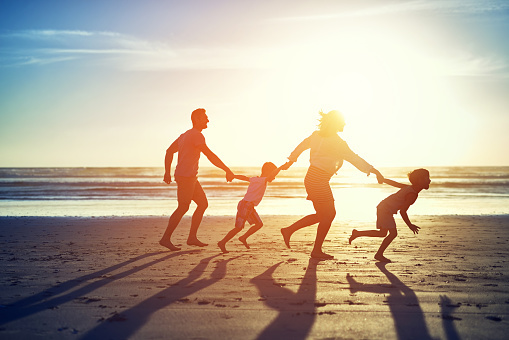 What Does It Mean If You Are Not from the Same Tribe of Israel as the Rest of Your Family?

Ephraim, Manasseh, Judah, Dan—there are 12 possible ways to become part of the house of Israel. Everyone baptized into the gospel belongs to one of these 12 tribes, but what does it mean if you don't belong to the same tribe as your family?

There are two ways a person enters into the house of Israel and becomes a member of one of the 12 tribes: by literal descent or by adoption.

In the latter days, many members will be literal descendants, according to President Joseph Fielding Smith, who said, "The great majority of those who become members of the Church are literal descendants of Abraham through Ephraim, son of Joseph” (Doctrines of Salvation, 3:246.)

However, that does not mean one of your family members can't be a direct descendant of another tribe. President Joseph Fielding Smith also said:

"Under all the circumstances it is very possible that the majority, almost without exception, of those who come into the Church in this dispensation have the blood of two or more of the tribes of Israel as well as the blood of the Gentiles" (Improvement Era, Oct. 1923, p. 1149)."

This is because the tribes of Israel were scattered, and many intermingled with other tribes and nations throughout history. As a result, it is possible for two parents with the same lineage to have offspring who belong to different tribes.

"Since families are of mixed lineage, it occasionally happens that members of the same family have blessings declaring them to be of different lineage. There has been an intermixture of the tribes one with another. One child may be of Ephraim, another in the same family of Manasseh, Judah, or one of the other tribes. The blood of one tribe, therefore, may be dominant in one child and the blood of another tribe dominant in another child, so children from the same parents could belong to different tribes" ("Your Patriarchal Blessing," BYU, March 30, 1980).

It is also possible for a member of a family to be adopted into a different tribe for the same reasons. This does not mean that this family member is any less spiritual than any other member of the family or that their role in preaching the gospel is not as important. As President Joseph Fielding Smith said:

“Every person who embraces the gospel becomes of the house of Israel. In other words, they become members of the chosen lineage, or Abraham’s children through Isaac and Jacob unto whom the promises were made. . . . Those who are not literal descendants of Abraham and Israel must become such, and when they are baptized and confirmed they are grafted into the tree and are entitled to all the rights and privileges as heirs” (Doctrines of Salvation, Vol. 3, 3:246).

Whether a member is a literal descendant or adopted into the 12 tribes, being a part of another tribe is not a bad thing. As more members join the Church, and as more people of different tribes have lineage declared, it makes it possible for Israel to be gathered. As President Joseph Fielding Smith said:

"The Lord said he would scatter Israel among the Gentile nations, and by doing so he would bless the Gentile nations with the blood of Abraham. Today we are preaching the gospel in the world and we are gathering out, according to the revelations given to Isaiah, Jeremiah, and other prophets, the scattered sheep of the House of Israel" (Answers to Gospel Questions, 3:63.)

Doctrines of Salvation, Volume I-3, is an authoritative work, written by the most outstanding scholar of the gospel in the Church containing a wealth of explanations about a vast array of gospel topics, many of which can not be found in other sources. Add an authoritative source on issues frequently discussed today.