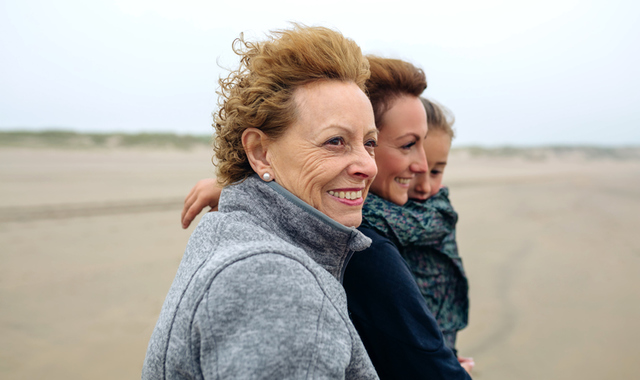 What Does It Really Mean to Be a Part of the "Chosen Generation"?

In a general conference address titled “A Chosen Generation,” President Gordon B. Hinckley said about the young people of the Church:

“I regard you as the finest generation in the history of the Church. I compliment you, and I have in my heart a great feeling of love and respect and appreciation for you.

“Each time I have stood before such a group, there has come into my mind the great and prophetic statement made by Peter of old. Said he: ‘Ye are a chosen generation, a royal priesthood, an holy nation, a peculiar people; that ye should shew forth the praises of him who hath called you out of darkness into his marvellous light’ (1 Pet. 2:9).’”

In a more recent address, this one given to the youth of the Church in a 2018 devotional, President Russell M. Nelson said, “My beloved younger brothers and sisters, you are among the best the Lord has ever sent to this world. You have the capacity to be smarter and wiser and have more impact on the world than any previous generation!”

The more than 20-year gap between the two talks begs the question: Who is counted among this chosen generation that Peter foretold? Seemingly every youth born in this final dispensation, at least in recent memory, has been given some variation of this call to the work.

But maybe that isn’t the right question. The people living in 1993 had more opportunity to gather Israel than any generation before them, and the same is true for those in the Church today.

We are best suited to face the rigors of our days while on this earth. A chosen generation is not mutually exclusive to one literal generation; rather, it is a title earned by all those who worthily labor in the Lord’s vineyard in these last days. We each have a mission while on this earth, and if we remain worthy, every person has been chosen to do a part of the work.

In an exciting blend of opportunity and necessity, certain spirits were withheld from their mortal existence until now.

“Our Heavenly Father has reserved many of His most noble spirits—perhaps, I might say, His finest team—for this final phase. Those noble spirits—those finest players, those heroes—are you,” President Nelson said in the same worldwide youth devotional.

And one doesn't have to look far to see the hastening of the Lord’s work. From the building of new temples to the lowering of the minimum missionary age to the advent of new technologies, all are presenting today’s faithful with opportunities to gather the Lord’s people in a way unequaled in the history of the world.

Many Are Called, but Few Are Chosen

However, being a member of the Church does not mean automatic inclusion among "the chosen," either. We are told numerous times throughout the scriptures that many are called, but few are chosen. In his devotional, President Nelson extended an invitation to the youth of the Church, not a promise:

“Are you willing to enlist in the youth battalion of the Lord to help gather Israel? Please think about it. Don’t answer just yet.”

While we might have new tools and capacity to give to the Lord's work, we are also tempted by the most insidious wickedness the world has ever known.

“In many ways the world today is more challenging than it was 13 years ago. Our young men and young women have many more distractions to sidetrack them in their preparations for both a mission and a future happy life,” said Elder M. Russell Ballard in a 2015 conference address. “Technology has expanded, and almost everyone has access to handheld devices that can capture the attention of the human family of God for both great good and unconscionable ill.”

However, we are also extremely blessed by the luxuries of today, many of which enable the hastening of the work:

"We today enjoy more of comfort, more of opportunity, more of the blessings of science and research than any generation in the history of the earth," President Nelson said. "There has been more of scientific discovery in my lifetime than in all the previous years of the history of mankind. I do not know why I have been so blessed as to have been born in this favored season. But I am grateful, profoundly grateful. I hope that you are also."

We—all of us—must qualify to be a part of this chosen generation; the designation has less to do with age and more with how we commit ourselves to God’s work.

"God does not have a list of favorites to which we must hope our names will someday be added. He does not limit 'the chosen' to a restricted few. Rather, it is our hearts and our aspirations and our obedience which definitively determine whether we are counted as one of God's chosen."