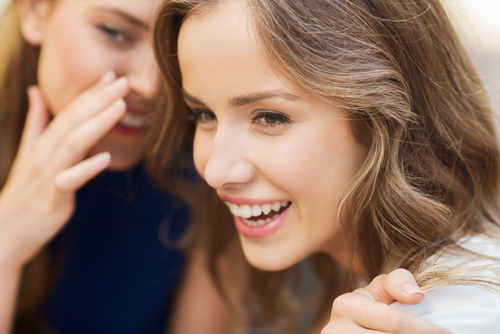 What Does It Really Mean to Speak Lightly of Sacred Things

Many years ago when my children were small, my wife prevailed upon me to “be a good father” and buy a swing-set for the family. She envisioned the children swinging and playing happily in a yard full of neighbor kids, and then she could be a “Kool-Aid mom” by providing treats. In contrast to her vision of all the great things a swing-set would do for our children, I envisioned fights, broken arms, and worn spots on my grass.

This perception was positive, though, when compared with the very real nightmare I had when I unloaded the crate, opened the box, spread out all the pieces, and saw the plastic bag of nuts and bolts and screws. I had never seen so many pieces. I was immediately struck with horror, feeling that it would be easier to put together a five-thousand-piece jigsaw puzzle. I am a mechanical klutz—I can’t figure out anything more mechanical than a knife and fork. It was quite an experience—or, more accurately stated, ordeal—for all of us to have me put together this “Super-Deluxe Jungle Gym” swing-set. I must admit that while I worked on this project I often thought how spoiled kids are today, and wondered, Why can’t they just occupy themselves with an empty cardboard box?

After several days (I spent the first few days just trying to read the directions and figure out where everything was supposed to go) I was nearing the end of this monumental undertaking. Just when I was feeling pretty proud of myself and somewhat smug in my newly acquired skills—because my kids and even the neighbors recognized it as a swing-set—I encountered some difficulty getting some of the last nuts and bolts tightened down. The longer I worked at it with no success, the more frustrated I became. I huffed and puffed and muttered under my breath.

All my kids were sitting on the lawn, anxiously awaiting the completion of their new amusement park. I became exasperated with my inability to secure the final bolt, and I displayed my disgust by throwing down the wrench and shouting out a slang euphemism that is common in modern vernacular. It was not one from the list of “official” swear words, mind you, but rather a commonly used replacement.

Somewhat frightened by my outburst, my daughter Jessica, who was about 3 years old, said quietly, “Daddy, Jesus doesn’t like it when you use garbage words.” Just a few weeks earlier we had had a family home evening lesson about language, and the lesson manual referred to “garbage words.” I didn’t think my little children even understood a thing Wendy and I had tried to teach them that night, but now I was being taught by Jessica.

In the years since, I have pondered many times Jessica’s innocent yet poignant reminder to me: “Jesus doesn’t like it when you use garbage words.” There are so many forms of communication today that could be aptly described as garbage words, and not all of them fall into the tight little category we call profanity. The Apostle Paul used a more sophisticated term for garbage words, but the principle remains the same: “Let no corrupt communication proceed out of your mouth,” he admonished the Ephesian Saints, “but that which is good to the use of edifying, that it may minister grace unto the hearers” (Ephesians 4:29; emphasis added).

If we are to become more Christlike, we must seek to pattern not only our actions after the Savior but also our speech. The Apostle James taught that a person who can control his tongue is “a perfect man, and able also to bridle the whole body” (James 3:2) Taming the tongue may actually be harder than bridling behavior. It may seem like such a little thing, but the self-control required to obtain Christlike communication affects the entire soul and being of an earnest disciple.

Behold, we put bits in the horses’ mouths, that they may obey us; and we turn about their whole body.

Behold also the ships, which though they be so great, and are driven of fierce winds, yet are they turned about with a very small helm, whithersoever the governor listeth.

Even so the tongue is a little member, and boasteth great things.

Behold, how great a matter a little fire kindleth!

And the tongue is a fire, a world of iniquity: so is the tongue among our members, that it defileth the whole body, and setteth on fire the course of nature; and it is set on fire of hell.

For every kind of beasts, and of birds, and of serpents, and of things in the sea, is tamed, and hath been tamed of mankind:

But the tongue can no man tame; it is an unruly evil, full of deadly poison.

Therewith bless we God, even the Father; and therewith curse we men, which are made after the similitude of God.

Out of the same mouth proceedeth blessing and cursing. My brethren, these things ought not so to be (James 3:3–10).

“Garbage words” or “corrupt communication” comes in a wide array of faces, some more obvious than others, yet all are poisonous to the soul and barriers to becoming more like the Savior. As we seek to emulate the Great Exemplar, we must, spiritually speaking, “wash our mouths out” with the soap of repentance and self-control. By eliminating the forms of corrupt communication I will discuss here, we can become examples “of the believers, in word [and] in conversation” (1 Timothy 4:12).

In ancient times, Jehovah commanded Moses and his people, “Thou shalt not take the name of the Lord thy God in vain.” His words meant much more than we usually attribute to that commandment today. It included not only blaspheming the name of God but also making a covenant in the name of God and then breaking that covenant, speaking of or taking oaths in the name of pagan gods, and speaking of God and sacred things in any irreverent, sacrilegious, or contemptuous manner. So serious was such defiled discourse that death was the punishment (See Exodus 22:28; 23:13; Leviticus 19:12; 24:10–16).

Today, profaning the name of God means more than just swearing or cursing. The word profane literally means “showing contempt or irreverence toward God or sacred things; to put to an improper, unworthy, or degrading use.” Unfortunately, there are those who would never let the name of God spew from their lips in a cursing or blasphemous manner yet who profane His name in other more common but less apparent ways. “Behold, I am Alpha and Omega, even Jesus Christ,” the Lord proclaimed to the Saints of this dispensation. “Wherefore, let all men beware how they take my name in their lips” (D&C 63:60–61).

Corrupt communication could include any language, swearing or not, that makes sacred things common and lacks proper reverence, even awe, for God and His ways. This is done all too frequently in many homes and wards today, almost unthinkingly. For example, we would never come home from the temple, having made sacred covenants not to divulge things that transpire there, and then flippantly use temple language or even speak openly of those sacred covenants and ordinances. Yet often we speak flippantly, even carnally, of the body, which is a temple of God; we also speak flippantly of the powers of procreation, which are in very deed the sacred powers of godliness. Sometimes we joke about, speak euphemistically, and make common that which is both physically and spiritually most intimate.

Some demonstrate or express a personal weakness when they tell jokes or stories about the body and its functions, when they joke about or make suggestive comments concerning women or girls, when they are casual about sacred things. . . . Some married couples will even joke about sexual matters. Each of these kinds of experiences will weaken any spirit and will make it less able to withstand the fiery darts of the adversary. (“Purify Your Thoughts,” Brigham Young University 1983–1984 Fireside and Devotional Speeches [Provo, Utah: University Publications, 1984], 20)

Such talk is corrupt in that it is after the manner of the natural or corruptible man, not that of the divine or incorruptible. As it says in D&C 63:64, “Remember that that which cometh from above is sacred, and must be spoken with care, and by constraint of the Spirit.” We are also told, “Trifle not with sacred things” (D&C 6:12).

Another way that we may profane sacred things, or make them common or treat them with irreverence, is by talking too frequently, openly, or casually about spiritual experiences and personal promptings of the Spirit. We must speak of those kinds of impressions only as the Spirit directs and only with deep reverence and gratitude, never wearing spirituality on our sleeves either by word or attitude. As Elder Boyd K. Packer wrote:

I have learned that strong, impressive spiritual experiences do not come to us very frequently. And when they do, they are generally for our own edification, instruction, or correction. . . . I have come to believe also that it is not wise to continually talk of unusual spiritual experiences. They are to be guarded with care and shared only when the Spirit itself prompts us to use them to the blessing of others (That All May Be Edified [Salt Lake City: Bookcraft, 1982], 337).