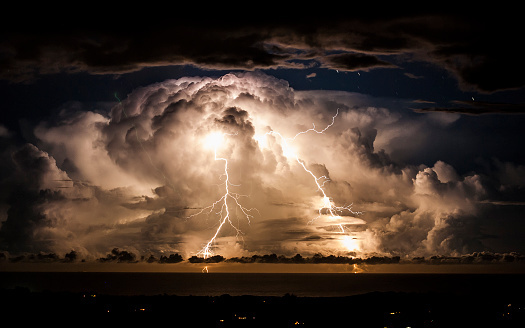 What "Gog" and "Magog" Represent in Prophecies About the Last Days, After the Millennium

byKent P. Jackson, adapted from "Lost Tribes and Last Days: What Modern Revelation Tells Us About the Old Testament" | Jul. 19, 2019

Ezekiel 38–39 contains a vision that exhibits some important traits of apocalyptic revelation. It depicts an invasion of "Israel" by a foreign power called "Gog" of the land of "Magog," the "chief prince of Meshech and Tubal" (Ezek. 38:2). Gog and his forces will attack the "mountains of Israel," whose people will have been "brought forth out of the nations" (Ezek. 38:8). Like "a cloud to cover the land," Gog and his allies—"a great company, and a mighty army"—will advance on the Lord's people (Ezek. 38:15–16). But the Lord will not allow them to succeed. With earthquake, sword, pestilence, blood, rain, hailstones, fire, and brimstone, the Lord will intervene to stop Gog's attack; he and his armies will be slaughtered (see Ezek. 38:19–39:8). So massive will be Gog's armies, and so thorough their defeat, that for seven years the people of Israel will gather the weapons of their defeated enemies and use them for fuel. Their corpses will be so abundant that it will take seven months to bury them. Even after that, individuals will be employed to go through the land to find the bodies not yet buried (see Ezek. 39:9–16). Next is depicted a huge feast, at which birds and animals will gorge themselves on the blood and flesh of the slain (see Ezek. 39:17–20; see also D&C 29:20).

Apocalyptic elements are readily apparent in this vision, suggesting that it is an apocalyptic scene and not a transcript of one specific future event. The latter-day setting of the prophecy seems clear. The Lord's people are called "Israel," and they have been "gathered out of many people" and "brought forth out of the nations" (Ezek. 38:8). Israel here seems to represent neither a political entity nor a geographical location but the Lord's people wherever they may be. Israel, after all, is the family name of the Lord's Saints, the members of his Church who have gathered to the covenants of his gospel throughout the earth. In the symbolic vision, Gog, coming with vast armies from distant unknown lands, sets as his goal the devastation and plunder of the Lord's people. In apocalyptic fashion, the figure "Gog" here probably does not represent a real person or nation who will attack the Saints with military force but the powers of evil that are arrayed against the Saints, manifested in many ways, many places, and many times. Satan is the very embodiment of this evil and the archenemy of the Lord and his followers. As the vision depicts, the forces of evil will not be allowed to prevail. With a mighty act so characteristic of apocalyptic scenes, the Lord himself will intervene to put an end to evil and its consequences.

When will this prophecy be fulfilled? All around us, we can see evidence that the battle is already raging today. Although apocalyptic typology often represents entire categories rather than specific individuals or events, there are enough close parallels between this prophecy and others that the timeframe for its fulfillment seems apparent. The key to understanding Ezekiel's vision is to turn to modern revelation, where there is a clearer view of the last days and of the Lord's people in that period. In the time in which we now live, the gathering of the house of Israel and the establishment of Zion have commenced. Satan's forces are engaged in relentless battle against individual Saints and the Church. As other scriptures teach us, their efforts will increase in intensity as the coming of Christ draws near (see 1 Ne. 14:11–14; JS–M 1:30). Like the hosts of Gog, however, they will not succeed in their efforts to destroy the Lord's Church. Instead, wickedness will be wiped from the earth in preparation for his coming in glory, which will usher in a thousand-year era of millennial peace.

Gog and Magog—After the Millennium

One New Testament passage uses the words Gog and Magog in a context different from that of Ezekiel's prophecy. In the book of Revelation, John uses the words in his apocalyptic prophecy of a great conflict at the end of the Millennium. In Revelation 20:7–10, he writes of those whom Satan will induce to rebel against God in the adversary's final effort to destroy God's work. This will take place following his release from a thousand years of imprisonment. The forces of wickedness attack Zion, but God intervenes with fire from heaven that devours them. Satan is then "cast into the lake of fire and brimstone" (compare Jacob 5:76–77). In the prophecy, the words "Gog and Magog" are interjected almost as an exclamation. They serve either to characterize those who follow Satan's rebellion or to invoke the image of the rebellion foreseen in Ezekiel 38–39. In either case, these are typical apocalyptic images, and they reflect the vocabulary of Ezekiel's vision.

For Latter-day Saints, it is this postmillennial battle that usually comes to mind with the words Gog and Magog—not the premillennial conflict foreseen by Ezekiel.1 Indeed, Joseph Smith stated that "the battle of Gog and Magog will be after the millennium."2 The words Gog and Magog are not found in modern scripture, but modern revelation does enlighten us regarding the battle that John foresaw. In a revelation to Joseph Smith, we learn that "Satan shall be bound, . . . and shall not be loosed for the space of a thousand years." But when he is loosed, "for a little season," he will "gather together his armies. And Michael, the seventh angel, even the archangel, shall gather together his armies, even the hosts of heaven. And the devil shall gather together his armies; even the hosts of hell, and shall come up to battle against Michael and his armies. And then cometh the battle of the great God; and the devil and his armies shall be cast away into their own place, that they shall not have power over the saints any more at all" (D&C 88:110–14). 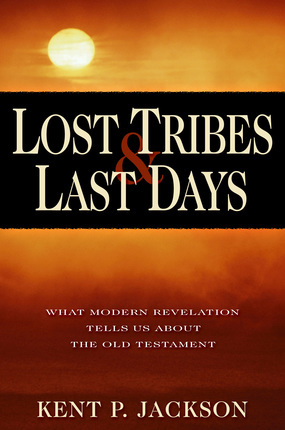 Who and where are the Israelites today? What does Isaiah say about the latter days? What does the Restoration teach us about Nebuchadnezzar's dream, Joel's prophecies, and Malachi's visions of our own time? In this long-awaited volume, respected scholar Kent P. Jackson shows that the answers to these and similar questions may be found in the abundance of Restoration scripture that sheds light on the Bible, its history, and its teachings. For example, we know that all the prophets testified of Jesus Christ, but did they do so only with 'types and shadows,' or did they teach with 'plainness,' as the Book of Mormon prophets did? Brother Jackson clearly and persuasively shows how additional sources of revealed truth clarify biblical teachings and point us to Christ.