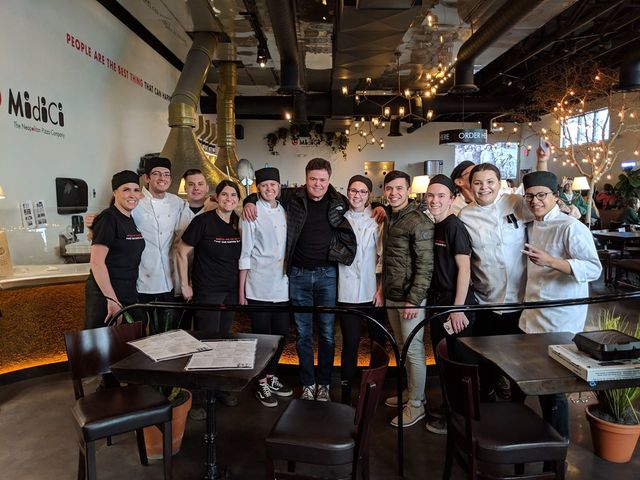 What Happened After Donny Osmond, David Archuleta Randomly Showed Up at the Same Pizzeria

It sounds like the beginning of a joke, but what happens when Donny Osmond and David Archuleta walk into an Orem, Utah, pizzeria?

All the cooks leave the kitchen.

Yesterday, Osmond posted a picture of him, Archuleta, and all the cooks from MidiCi after a chance encounter brought them all together.

"I went to have pizza with my family at MidiCi in Orem, Utah, and David Archuleta walks in as well," Osmond posted. "I don't think everyone in the restaurant liked it because all of the cooks stopped cooking and wanted pictures.

"You've heard the saying 'too many cooks in the kitchen' . . . well, David and I took care of that problem. LOL!"

► You'll also like: The Angel Moroni Appears as a Clue on "The Masked Singer": Could Donny Osmond or Gladys Knight Be on the Show?