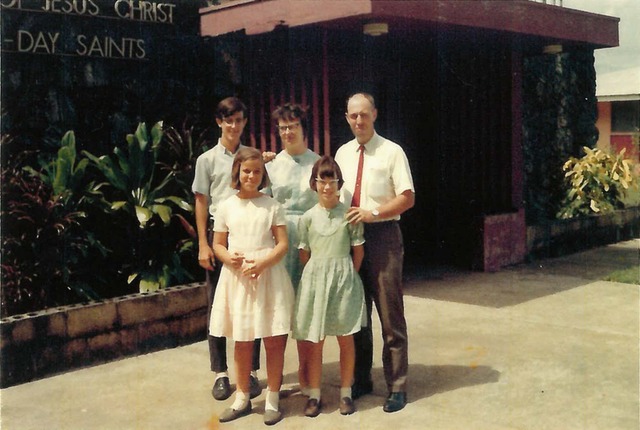 After his wife started investigating the Church, one man, who was against anything to do with religion, decided to prove her wrong by reading up about the Church and its teachings.

While serving in the U.S. Air Force, Eula and I were stationed in Guam in August of 1965. We were not religious at all, although we identified as Christian. I was a really heavy smoker and did quite a bit of drinking because the water on Guam was pretty bad (good excuse). My wife, Eula, smoked but not as much, and she drank more socially.

Our neighbor Harold Thompson had been a semi active member of the Church until his father died in the U.S., and he brought his mother, Rosie, to Guam to live with them. She was a strong member, and the family became really active.

One day Eula noticed that Rosie had left her car lights on and called to tell her. In the conversation, Eula said, “I understand you are Mormon. What do Mormons believe?”

Eula has always been an avid reader, and Rosie proceeded to loan Eula books about the Church. The branch (about ninety members) had placed their books in the Thompson home because of termites in the Church building, which consisted of a Quonset hut. The book that made the most impression was A Marvelous Work and a Wonder, by LeGrand Richards. As she read, she became convinced that the Church was true.

This posed a great problem because I had always been anti religion, and she knew it would create problems in our marriage. At the same time Rosie began taking our children to Primary. I became aware of her interest and decided that I would read about the Church and find things to prove to her that it was false.