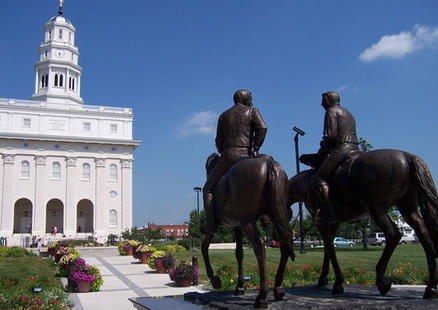 What Happened to Joseph Smith's Brothers?

There were six Smith sons who lived to adulthood, with Joseph Smith Jr., who was named for his father, born in the middle.

What happened to the brothers of the Prophet Joseph, who died in Carthage when he was just 38?

The two eldest, Alvin and Hyrum, were both born in February, two years and two days apart (Alvin on Feb. 11, 1798, and Hyrum on Feb. 9, 1800). After years of struggle, culminating with crop failures and a severe, untimely frost that devastated Vermont, Joseph Smith Sr. moved his family to upstate New York.

It was imperative that they buy land to farm to sustain their lives. Despite poverty, all went to work with a will. Joseph's mother, Lucy Mack Smith, set up a little business painting oil cloth table coverings. Alvin offered to leave home and work where wages were highest.