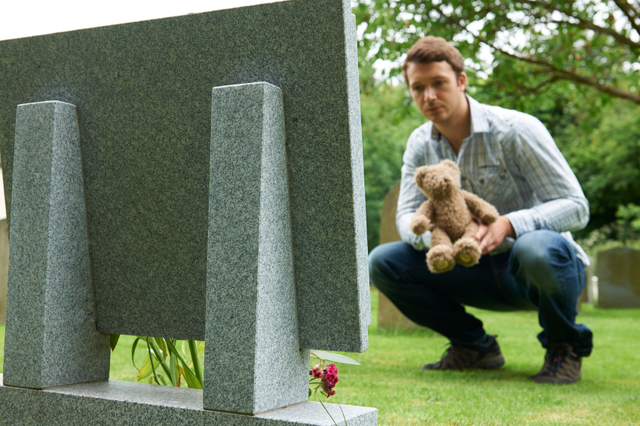 What Happens to Loved Ones Who Die and What Is the Purpose of Death: 5 Comforting Insights from President Nelson

3. Hope for Those Who Die Astray

The realities of agency and occasional choice to do wrong need to be reckoned with in the passing of some of our youth. Even though their bodies may be mature, their heads are strong and sometimes puerile. Their behavior may be furtive or unfortunate. When those deeds result in disobedience or demise, their parents and loved ones need special consoling.

That was the subject of Elder Orson F. Whitney's conference address in April 1929. He said, "The prophet Joseph Smith declared—and he never taught more comforting doctrine—that the eternal sealings of faithful parents and the divine promises made to them for valiant service in the Cause of Truth, would save not only themselves but likewise their posterity. Though some of the sheep may wander, the eye of the Shepherd is upon them and sooner or later they will feel the tentacles of Divine Providence reaching out after them, and drawing them back to the fold. Either in this life or in the life to come, they will return. They will have to pay their debt to justice; they will suffer for their sins; and may tread a thorny path, but if it leads them at last, like the penitent prodigal, to a loving and forgiving Father's heart and home, the painful experience will not have been in vain. Pray for your careless and disobedient children; hold on to them with your faith. Hope on, trust on, till you see the salvation of God.

"Who are these straying sheep—these wayward sons and daughters? They are children of the Covenant, heirs to the promise, and have received, if baptized, the Gift of the Holy Ghost, which makes manifest the things of God." [5]

Our young sons and daughters—precious youth of the noble birthright—if called through the gateway by whatever cause, will yet participate in the glorious gifts provided by the atonement of Jesus Christ.

To the parents of a beloved young person who has passed through the gateway, death could loom as a span of sadness or it could become the gateway to other opportunity unforeseen. Parents meet that challenge in various ways. I know well a mother and father whose son was taken in a tragic automobile accident on the eve of his embarking on a full-time mission. The parents of nine children, they were of modest means and their resources were also being taxed by treatments for the mother, who was battling cancer. What did they do? They donated their son's entire missionary fund—more than five thousand dollars—to the general missionary fund of the Church. When I discussed this generous decision with them, they replied, "Our son had earned and saved this money for his mission. If he cannot go, his money can. We are donating it so that others can serve. His money will still go on a mission."

Now, more than a decade later, I observe that both parents are doing well. In addition to other important callings in the Church, the father has served a distinguished term as a stake president. The mother is living without evidence of recurrent cancer and is leading a normal, productive life. The eight surviving children are also blessed with material and spiritual sufficiency. All members of that family have been blessed by the great faith that prompted such an effective example of managing grief.

5. Lessons for the Living

While those so bereft of a loved one are unable to change facts as they really are, important lessons can be learned. Hopefully, we all do not need to endure such experiences personally to profit by those same lessons:

• The very laws that could not allow such a broken body to survive here are the same eternal laws the Lord will employ at the time of the resurrection, when that body "shall be restored to [its] proper and perfect frame." (Alma 40:23.) We can be greatly reassured knowing that the Lord who created us in the first place surely has power to do it again.

• Our routine assumption that there will always be a tomorrow is not always validated. Wise is the person who lives each day as if it were the last day on earth.

• Parents, partners, and families bid farewell in the morning with no guarantee that their next reunion will be according to their planned location and timetable. Should tragedy alter those plans, how nice it would be if words of courtesy and love were the last to have been exchanged.

• Delay of payment of debts may not have tomorrow's time to erase that bondage or blemish on one's reputation. (See D&C 19:35.) Sweet is the peace brought by freedom from debt.

• Procrastination of repentance carries great risk. The number of tomorrows is limited. The conquest of physical addiction, for example, must be done while it is still possible to exert spiritual supremacy over temptations of the flesh… (See Romans 8:6; 2 Nephi 9:39.)

. . . The disaster of sudden death or the ever-present possibility of catastrophe should impress upon our minds the importance of living each day to the very best of our ability. Should such tragedy strike, our soothing consolation can come from the Lord, whose atonement makes the resurrection a reality regardless of how or where one passes through the gateway to immortality and eternal life.

Get more compelling insights from President Nelson in The Gateway We Call Death.

“Our ultimate and highest destiny is to return to our heavenly home. When that times comes, it can be as momentous as the time of birth. Birth is the gateway to mortal life; death is the gateway to immortality and eternal life,” writes President Russell M. Nelson, a member of the Quorum of the Twelve Apostles in The Church of Jesus Christ of Latter-day Saints.

InThe Gateway We Call Death, President Nelson, a surgeon by profession and now a special witness of the name of the Lord Jesus Christ, approaches the subject of death from both a medical and a theological point of view to discuss such topics as these: the purpose of life and of death; the purpose of mourning; when death comes without warning; factors of choice, such as suicide, euthanasia, and use of mechanical means to extend life; and life after death.