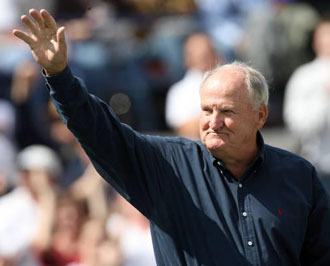 What I learned from LaVell Edwards

LaVell Edwards needs no introduction. He has taken his place in the pantheon of pigskin generals. As a hall-of-famer, he is accorded legend status, a distinction reserved for a small, elite fraternity of coaches who break from the ranks and set themselves apart.

It's one thing to win a championship. It's an entirely different matter to win over and over, year in and year out, to make winning the norm, to cast a culture whose very DNA is engineered to win, to create muscle memory in an institution so that its natural motion propels it to victory.

Most coaches have winning moments. Coach Edwards created a winning era. Let me put this in perspective.

In 29 years as head football coach at BYU, Coach Edwards posted only one losing season. Legends build legacies, and then there's everybody else. You get the point.