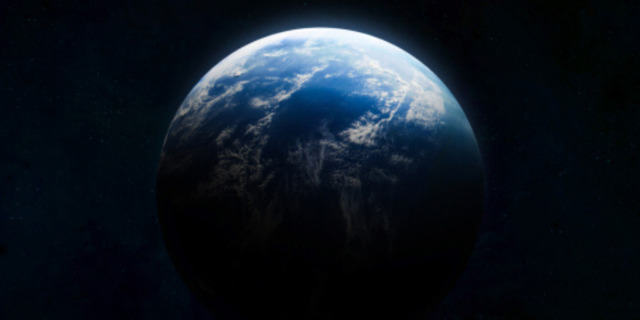 What Latter-day Saint Scripture Uniquely Teaches about the Creation

If you’re like me, a handful of powerful spiritual experiences stand out in your memory. Those pivotal events—when you’ve felt the Spirit enlarging your heart and enlightening your mind to a whole new degree—can change the course of your life.

One of my earliest spiritual pivot points occurred on a Sunday in a Young Women class when I was twelve or thirteen years old. I can still picture the classroom and where I was sitting. Our teacher, an angelic woman who intrigued me because of the thoughtful way she experienced the world, was telling us about a scientist who had recently passed away. This man had been the world’s leading expert on butterflies. According to an article she had read, he had spent his entire professional career learning everything he possibly could about butterflies. She showed us beautiful pictures of colorful butterflies as she explained some of the discoveries this scientist had made about this lovely, gentle creature. And then she asked us to imagine the scene of this man, newly arrived in heaven, having his first interaction with our Father there, humbly and earnestly saying, “I have spent my entire life learning everything I possibly could about your magnificent creation, the butterfly.” And then, almost begging, “Please, now tell me everything else there is to know!”

Picturing that man’s interview with God—his gratitude and anticipation—captured my spiritual senses completely. To that moody, pubescent teen, those feelings that rushed over me evoked complete awe at the magnitude and magnificence of God’s creations. That moment was a life changer: it permanently altered the way I appreciated and interacted with the natural world.

I’m reminded of that experience and those feelings each time I read section 59 of the Doctrine and Covenants. Here, the Lord details some of the reasons He created such a magnificent earth:

Yea, all things which come of the earth, in the season thereof, are made for the benefit and the use of man, both to please the eye and to gladden the heart;

Yea, for food and for raiment, for taste and for smell, to strengthen the body and to enliven the soul.

And it pleaseth God that he hath given all these things unto man; for unto this end were they made.1

“For unto this end were they made.” President Russell M. Nelson elaborated on this significant phrase, stating, “The very purpose of creation was to provide bodies, to enable [us] to enjoy mortal life and experiences.”2 Those mortal experiences, made possible thanks to physical bodies and this physical realm in which we currently live, are meant to teach us, gradually exalting us, “line upon line, precept upon precept.”3 The Restoration’s expanded explanation of both how the world was created and why the world was created enlarges our perspective and alters the way we experience, appreciate, and interact with the natural world. Restored truth provides the information we need to figure the measure of earth’s creation, as well as the measure of our creation.

The first sentence of the Old Testament reads: “In the beginning God created the heaven and the earth.”4 With the support of Abraham’s account, latter-day prophets encourage a broader interpretation of creating, suggesting a process of organizing, since something cannot be made from nothing.5 The Prophet Joseph likened this expanded view of creating to building a ship, wherein the worker manipulates preexisting materials, increasing their usefulness through ingenuity and creativity.6 In his great vision of Creation, Abraham referred specifically to preexisting materials, detailing how the Lord stood with many “noble and great ones,” inviting them to join Him in taking “these materials” to organize and “make an earth” where God’s children could dwell.7

Recognizing that the earth was created, or organized, ex materia (from preexisting matter)—as opposed to ex nihilo (from nothing), as some believe—enhances our understanding, particularly relating to our identity as children of Heavenly Parents, as discussed in chapter 3.8 This understanding reminds us that the purpose of the earth is to allow for the experiences and training necessary to prepare us for godliness.

Before rushing ahead to the culmination of Creation—the introduction of earth’s first man and woman—briefly considering the phases of Creation, as well as two of its important facets, will lay some important groundwork for the further examination of our story.

Comparing the similarities and differences between Genesis 2:5 and Moses 3:5 reveals that the Bible has lost a precious detail of doctrinal truth regarding the phases of Creation.

As we can see, the Moses account includes a critically important idea: “I, the Lord God, created all things . . . spiritually, before they were naturally upon the face of the earth. . . . For in heaven created I them.”

Restoration scriptures clarify that there was a spiritual Creation before the physical Creation. Thanks to modern-day prophets, we’ve also been told of a third phase of creation—a paradisiacal Creation. President Russell M. Nelson called the creation of Adam and Eve “a paradisiacal creation, one that required a significant change before they could fulfill the commandment to have children and thus provide earthly bodies for premortal spirit sons and daughters of God.”9 This paradisiacal period of Creation describes Edenic earth—the place and time in which Adam and Eve’s garden story takes place.

Eve and Adam offers a fresh and insightful perspective into the perfect plan of happiness. With clarity and careful thought, it presents a solid case for the necessity of a firm understanding of the honor due to our glorious Mother Eve as well as Father Adam. Available now at DeseretBook.com.

President Russell M. Nelson stated, “I testify that the earth and all life upon it are of divine origin. The Creation did not happen by chance. It did not come ex nihilo (out of nothing)” (Nelson, “The Creation”).

Elder Bruce R. McConkie declared: “The Creation is an organized venture. . . . And the earth is created from matter that already exists. Truly the elements are eternal, and to create is to organize” (McConkie, “Christ and the Creation).

6. In what is known as the King Follett Discourse, Joseph reportedly said: “The word create came from the word baurau; it does not mean so; it means to organize; the same as a man would organize a ship. Hence we infer that God had materials to organize the world out of chaos; chaotic matter, which is element, and in which dwells all the glory” (https://www.josephsmithpapers.org/paper-summary/discourse-7-april-1844-as-reported-by-times-and-seasons/4). See also Walton, Ancient Near Eastern Thought and the Old Testament, 152–53. Walton offers an extremely enlightening comparative analysis of the Hebrew bara’ (“create”).

8. The Doctrine and Covenants expands on the distinction and significance of -organizing ex materia: “Intelligence, or the light of truth, was not created or made, neither indeed can be. . . . The elements are eternal, and spirit and element, -inseparably connected, receive a fulness of joy” (D&C 93:29, 33). The two fundamental building blocks used in earth’s construction are intelligence and element, what Lehi called “things to act and things to be acted upon,” respectively (2 Nephi 2:13–14).