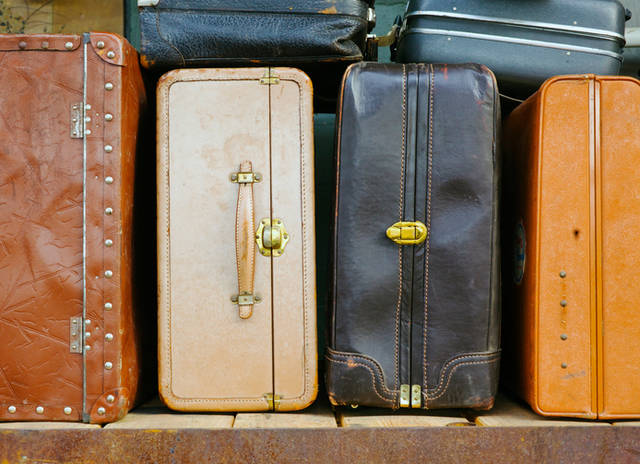 Whether your ancestors traveled across the plains with the pioneers or simply made their way to a church meetinghouse for the first time, most members of the Church have pioneer stories in their heritage at one point or another.

One faithful family from Mexico sent all seven daughters on missions, thanks in part to their pioneer legacy. At the age of 69, their great-grandmother, Gila Arrambide Garza, made the courageous step to accept the missionaries into her home and the gospel into her heart in Monterrey, Mexico.

“She was the living expression of comeliness, purity, and beauty, thus searing in our memories the effect of obeying such principles,” Dana Hidalgo shares of her great-grandmother. “She died at the age of 85, strong in her testimony, never losing the hope and certainty that her husband would accept the gospel on the other side of the veil.”

Dana Hidalgo’s grandmother, Maria Guadalupe Villarreal Arrambide, greeted the missionaries on the doorstep, saying, “Do come in. I have been waiting for you.” Two months after her mother entered the waters of baptism, Maria and her children were baptized.

One of those children was Lydia C. Treviño-Villarreal, who is Dana Hidalgo’s mother. At only 16 years old, she took her baptismal covenants to heart.

“She decided right then and there that nothing would stand between herself and the kingdom of God, namely, an eternal family,” her daughter explained. “Every single choice that came thereafter would have to conform to the goal already set, and . . . she courageously left behind the love of her youth. . . holding on to the promises she knew that the Lord would provide the worthy male that could take her to the temple and assume his priesthood responsibilities with honor.”

By age 18, Lydia desired to serve a mission to share her newfound happiness. “Since she could not receive a formal call yet,” Dana said of her mother, “she used her Primary calling as a missionary tool to bring her little neighbors and friends to Christ.”

While waiting for the day she could serve a mission, Lydia taught and loved her Primary children and neighbors as if they were her own investigators.

“[There] was a family that had many little children who liked Primary so much that they came to every meeting that was held at my mom's house,” Dana said. “Fortuitously, these little children had a 22-year-old handsome eldest brother!”

Sigifredo Salvador Garcia-Castillo, the older brother of the neighbor children, was not a member of the Church. Dana said, “Salvador was then suddenly introduced to the gospel. When he expressed interest in Lydia, she clearly made her goal known, and after a few months he quietly slipped away from her life.”

After two years, Salvador showed up at Lydia’s door and said, “I am ready for your missionaries.” Baptized in 1959, Dana explains her father’s miraculous conversion to the gospel of Jesus Christ.

“The old Salvador had ceased to exist, and one cold December morning in the year 1959, he entered the freezing waters of baptism . . . with a heart on fire for the gospel of Jesus Christ and for that courageous, lovely Primary teacher who wanted to be a missionary,” Dana said about her father and mother.

“He did not have to leave the city to become a new man,” she continued. “He had the same family, held the same job, had the same neighbors . . . . [but with] a steady pace, a thirst for knowledge, and the certainty of knowing that he was on God's side, he never looked back.”

Salvador and Lydia were sealed in the Mesa Arizona Temple in 1961, but their missionary legacy didn’t stop there.

Between businesses, Church callings, and other responsibilities, Salvador and Lydia raised seven daughters, making sure to always teach them the gospel and remind them about the importance of the gospel.

Dana shares about a time when her parents followed the counsel of the prophet to obey the word of wisdom. She said, “[The] prophet said we should exercise as a family. . . . My father made the conclusion that because of our conflicting schedules, the only available time would be 4:30 in the morning! Thus, the Garcia family was up and about three times a week jogging the neighborhood to obey the call of the prophet to keep the word of wisdom. The other three days the Garcia Family was up with their books open, studying the scriptures well before the day started. Not all of us shared the same enthusiasm in doing so, but what we clearly understood by that was the uncompromising position my father took in obeying the prophet's voice. ‘When the Lord speaks, we obey.’”

Although Lydia never got to serve a full-time mission, she never lost her desire to be a missionary. Aside from her own missionary efforts, she fully supported each of her seven daughters, who all decided to serve full-time missions for the Church. At one point, three sisters served their missions at the same time.

Dana shares the importance of carrying on the legacy of faith from pioneer ancestors. She said, “Each link gives strength to the chain. It is our daily choice to be a strong link. Faith is our stewardship, and even when we can claim it ours, it is our responsibility to pass it on.”

“Some may have the advantage of an illustrious and strong chain; others may carry a rusty chain,” Dana said, “[And for] . . . those who have no chain at all, [we] can and must be that first link.”