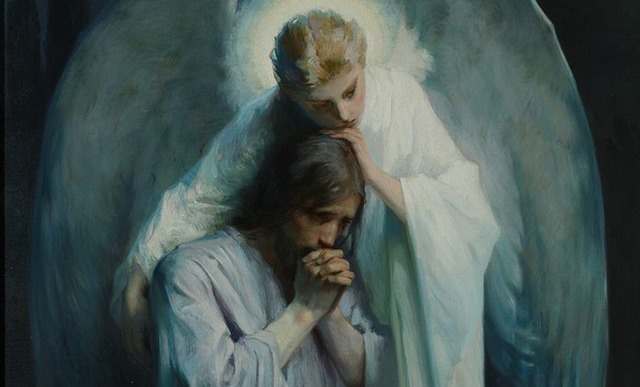 What Mormons Know and Believe About Guardian Angels

Touching stories of angelic emissaries are commonly recounted in LDS meetinghouses. Since we believe in a God who is anxiously engaged in our lives, it’s a heart-warming thought to think that heavenly messengers can intervene for good on our behalf. But are there such things as “guardian angels”? Donald W. Parry, author of Angels: Agents of Light, Love, and Power, says there just might be angels among us.

While “ministering” angels are mentioned 37 times in the standard works, the term “guardian angel” is conspicuously missing. Not absent, however, are stories of angels protecting prophets and acting in a guardian-like role. Take the story of Daniel, for example. When he was unjustly cast into the lions’ den, the Lord sent an angel to shut the lions’ mouths. It was also an angel who delivered Peter from Herod’s prison and Abraham from the priests of Elkenah.

In more modern times, stories of angels protecting the Saints abound. Joseph Smith wrote of an experience at the Kirtland Temple where six angels were seen surrounding the worshippers to protect them from Satan and his hosts. President David O. McKay also described an experience from a church meeting where James L. McMurrin, then president of the European mission, specifically named two elders as having “guardian angels” in the room, sent to look after them. President Harold B. Lee shared a more personal story of angelic protection, once recounting a young girl’s adamant assurance that her deceased mother visited her in a dream, promising she would stay near and watch over her. But can it be true? Do angels really protect us, and can loved ones really look after us once they’ve passed on?

Less anecdotal are the many reassurances from prophets and apostles that angels do guard and watch over us. Elder Jeffrey R. Holland testified, “Angels are still sent to help us, even as they were sent to help Adam and Eve” [emphasis in original]. Elder Dallin H. Oaks also stated, “For most of us the mortal journey is long, and we continue our course with the protection of guardian angels.” Even the Lord himself promised, “I will go before your face. I will be on your right hand and on your left, and my Spirit shall be in your hearts, and mine angels round about you, to bear you up” (D&C 84:88).

In a Facebook post, President Dieter F. Uchtdorf shared, "The Lord knows you. He knows your heart and is pleased with your sacrifice. He smiles upon you each day. He will uphold you and prepare the way for you. He will send His angels before you. You will feel their presence. And with the help of heaven, your talents will be multiplied."

Guardian angels, then, are surely very real. They are messengers of comfort and peace, bearers of warnings, and protectors of faithful Saints. They are part of an innumerable host doing the will of a loving Father in Heaven who looks after each of us. Whether they are spirits unknown to us or spirits of our loved ones, guardian angels are indeed all around us to bear us up.

Lead image Agony in the Garden by Frans Schwartz, 1898 from Wikimedia Commons

To learn more about angels from an LDS perspective, check out Angels: Agents of Light, Love, and Power by Donald W. Parry.