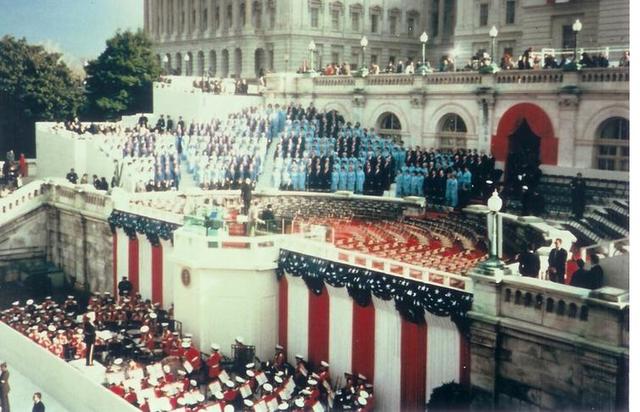 National news syndicates, social media commenters, even a petition signed by over 35,000 people all expressed confusion, even at times anger, at the Mormon Tabernacle Choir's decision to sing at President-Elect Trump's inauguration. But here's one thing the general public does not understand about that decision and why it has nothing to do with politics and Donald Trump:

When the news broke, my Facebook feed erupted with indignation, as many of my friends saw this as a de facto Mormon endorsement of Trump's controversial campaign.

I found the news somewhat depressing, not because I agree with that assessment, but rather because I recognize that this is how the choir’s performance will be interpreted by many. It shouldn’t be, as the choir has performed at five other inaugurations for presidents of both parties, beginning with Democrat Lyndon B. Johnson’s inauguration in 1965, according to a news release from the choir. If the choir had turned down Trump, that would be a partisan decision. It would also open the door to every appearance of the choir being viewed through a political lens, which would add an unnecessary complication to an organization that is committed to spreading goodwill across the globe, regardless of political affiliations.

Consider the choir’s appearance in Berlin in 1955, which required it to travel through Russian territory during the height of the Cold War. The performance took place roughly six years prior to the construction of the Berlin Wall, which means that many in attendance were ardent communists. Back then, it’s unlikely that anyone would have presumed that the choir’s visit behind the Iron Curtain should be interpreted as an endorsement of the Soviet Union or communism in general.