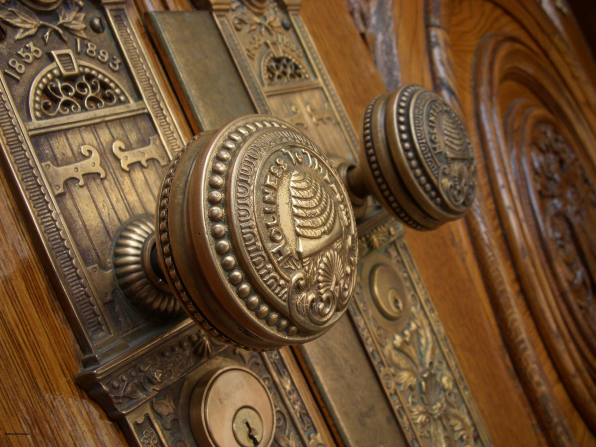 Editor's note: The following story is about the Columbine High School shooting on April 20, 1999, and unavoidably discusses the events that occurred that day. Please read with discretion.

Kelli couldn't believe what she was watching on TV.

Kids were running as fast as they could away from their school. A boy was desperately trying to escape through a second-story window while firefighters on top of an ambulance were trying to help him to safety.

For Kelli, it was difficult to understand what was happening as she and her brother watched the heavy, continuous news footage of chaos and terror. "We just sat there and watched with our mouths absolutely dropped to the floor," Kelli says in a This Is the Gospel podcast episode.

It was April 20, 1999, the day of the Columbine High School massacre in Columbine, Colorado.

Earlier that day, Kelli's school, which was in the same county as the Columbine High School, was put on lockdown, but Kelli had not been told why.

Once she arrived home, she found that her brother's school had also been placed on lockdown, though he did not know much more than Kelli did.

That's when they decided to turn on the TV and watch the news. Immediately, images flooded the screen as newscasters explained that the deadliest mass school shooting in American history at the time had just happened close to Kelli's home.

While still trying to grasp how this could have happened, why anyone would do this to their own classmates, Kelli suddenly remembered that today was also memorable for an entirely different reason.

"There was all this chaos going on in the world around me, and I was like, 'Oh yeah, I'm going to the temple for the very first time today, wow,'" Kelli says.

The juxtaposition of the excitement of visiting the temple for the first time to perform baptisms for the dead and the swirling chaos and confusion in the wake of such a tragedy was overwhelming. And as she neared the magnificent door of the temple, Kelli paused for a minute to take in what she was feeling.

And then she stepped into the temple.

"It was very literal," Kelli says. "The very first step that I took into the temple, I literally felt the world get stripped away from me. I felt an incredible peace and I didn't think of anything going on outside the entire time I was in the temple."

Instead, Kelli felt a strong sense of safety and comfort when, just moments before, she had felt scared and confused. Peace washed over her as she participated in her first temple ordinance.

When it was time to go, "I took my very first step outside of the temple, the only way I know how to explain it is it was like somebody was waiting out there with a bucket filled with water and they were just waiting to throw it on me, and the water in the bucket was everything awful in the world," Kelli says.

Like a wave, the world came flooding back as Kelli remembered Columbine and all the emotions she had previously felt before entering the temple. A complete contrast to how she had felt inside the temple.

That experience of finding true peace in the temple during a time of chaos and fear is something Kelli will never forget and still holds onto more than 20 years later.

"This experience is such a huge part of my testimony of this church and this gospel because that day it was proven to me that the world is not allowed in the Lord's house and the temple is truly His house," Kelli says. "It made me realize how saturated we really do get being among worldly things and out in the world."

This experience has also helped Kelly to see the importance of attending the temple often to find more peace, clarity, and purpose in life. It has strengthened her testimony in how Heavenly Father loves and is aware of each of His children and the challenges they face every day.

Listen to the full podcast episode "Be Still My Soul" below, or click here to read the episode transcript and view show notes.