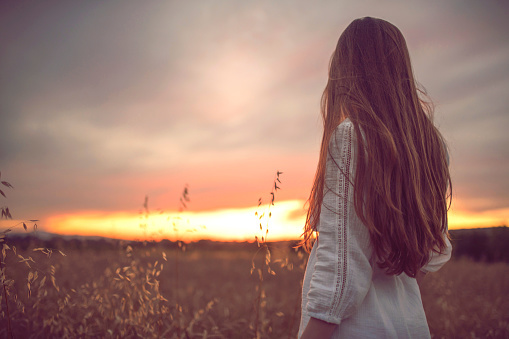 What "Prophetess" Means + How Women Today Can Become One

Between the time the children of Israel wandered in the wilderness and the Savior's birth, the Bible refers to several women as prophetesses, a term that can be troubling to those who restrict the meaning of prophet to a man whom God authorizes to declare doctrine, relay His will to His people, and lead them back to Him.

But authors of the accounts in the Bible often use prophet in a more general sense that easily includes women. Biblical prophets and prophetesses possess the gift of prophecy, one of the numerous gifts of the Spirit, but are not authorized with keys to direct the affairs of God's church. The apostle John taught that “the testimony of Jesus is the spirit of prophecy” (Revelation 19:10). Joseph Smith taught that a prophet is anyone who possesses a testimony of Jesus Christ (Teachings, 119, 160, 269). Therefore, prophetesses and prophets are endowed with the spiritual knowledge that Jesus is the Christ; they then bear that witness by the same Spirit. More than predicting future events, prophets and prophetesses deliver God's message of warning or direction pertaining to current situations, a message that can also have a profound effect on an entire people.

The Gift of Prophecy

Other Church leaders have reiterated that the gift of prophecy is not conditioned on gender or priest-hood authority. Elder James E. Talmage of the Quorum of the Twelve Apostles observed, “No special ordination in the Priesthood is essential to man's receiving the gift of prophecy. . . . The ministrations of Miriam and Deborah show that this gift may be possessed by women also” (Articles of Faith, 228–29).

President Gordon B. Hinckley told the women of the Church that the spirit of prophecy may be theirs, “as much so as any man in the world.” He also recognized that some women are blessed with added discernment for future events. “Can anyone doubt that many women have a special intuitive sense,” he observed, “even a prescient understanding of things to come?” (Ensign, Nov. 1985, 88). . . .

Prophetesses in the Bible

Briefly consider the five women regarded in the Bible as true prophetesses. Miriam was called a prophetess when she led the children of Israel in singing and praising the Lord after their deliverance from Egypt (Exodus 15:20). Known as one of Israel's judges, the prophetess Deborah rekindled her people's faith in the Lord to rise up against their oppressors (Judges 4:4). By declaring the veracity of the Lord's word in scripture, Huldah inspired Judah's king to deeper religious reform before the Babylonian invasion (2 Kings 22:14; 2 Chronicles 34:22). Reflecting her role as prophetess, Isaiah's wife gave their sons names that bore witness of the Lord's promise to scatter and then gather the tribes of Israel (Isaiah 8:3–4, 18; 7:3; 2 Nephi 18:3–4). And while numerous couples brought their firstborn infant sons to the temple during the reign of King Herod, the prophetess Anna recognized one of those babies as the Son of God and bore witness of that fact (Luke 2:36–38). . . .

► You'll also like: "5 Righteous Women Called "Prophetess" in the Bible"

Numerous teachings, both scriptural and from latter-day leaders, remind us that we can be prophet-esses and prophets, too. Feeling the incredible weight of his responsibility to the children of Israel, Moses complained to God, “I am not able to bear all this people alone” (Numbers 11:14). In response, the Lord called seventy others to assist Moses. When the Spirit rested on the seventy, they all prophesied, drawing concern and criticism from the camp. To these concerns, Moses replied, “Would God that all the Lord's people were prophets, and that the Lord would put his spirit upon them” (v. 29). . . .

In the early days of the restored Church, President Heber C. Kimball stressed the reality that this gift is found in more than the First Presidency and Quorum of Twelve: “There is not a man or woman in this congregation,” he explained, “if they live their religion and have the Holy Ghost upon them, but what are prophets, every one of them. . . . I wish to God you, brethren and sisters, were all prophets and prophet-esses; you may be, if you live your religion; you cannot help yourselves” (Journal of Discourses, 5:88). 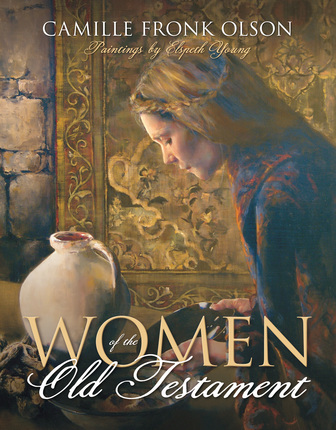 From the beginning, women have been at the very heart of God’s plan. Women of the Old Testament focuses on some of these remarkable women whose struggles and life situations are not unlike our own. No two are the same. Some are affluent; others live in poverty. Most are married, but some are single. Some are born in the lineage of the prophets, and others come from the cultures of the world. Some have children; others do not. Some make their contributions from within a loving and supportive marriage. Others bring about much good while being married to an absent, abusive, or unfaithful husband. All of them have challenges, but each one has a divine potential to contribute to the Lord's work.