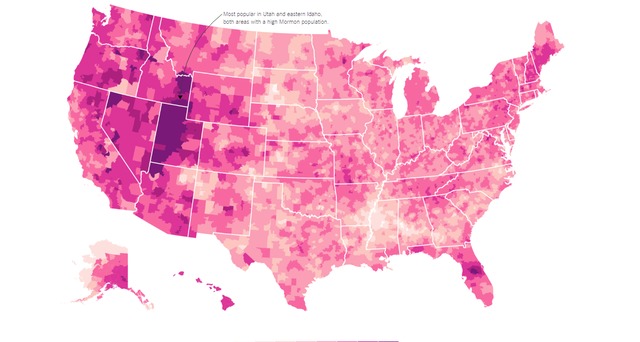 What TV Shows Do Mormons Like the Most? "The New York Times" Reveals

Near the end of 2016, The New York Times posted 50 maps showing where certain TV shows are popular in the United States.

And while Mormons live throughout the United States and other countries around the world, even The New York Times noted a show was "most popular in Utah and eastern Idaho, both areas with a high Mormon population."

So what show did Utah and Idaho Mormons love the most?

Once Upon a Time. 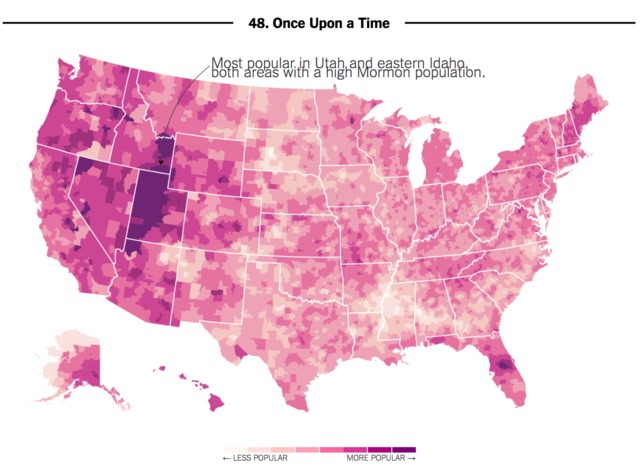 ► You'll also like: Why Mormon Authors Are Dominating Science Fiction and Fantasy Novels

So it's not a big surprise that one of our favorite popular TV shows happens to be an explosion of all of the classic fairy tales rolled into one—Snow White, Cinderella, Rumpelstiltskin, Rapunzel, Mulan, Sleeping Beauty, etc.

See all 50 shows and where they are popular on The New York Times list.

Thanks to the Deseret News for prompting the original idea for this article.