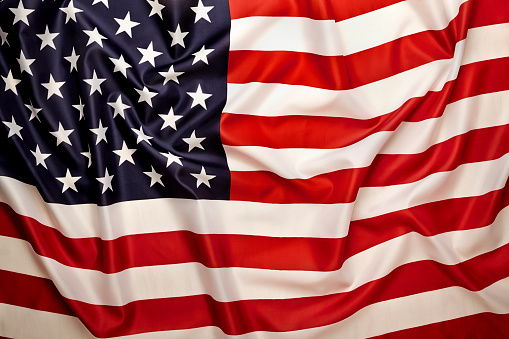 What U.S. Presidents Have Said About God in Their Inaugural Addresses

As Americans wait to see what Donald Trump will say to the nation on Inauguration Day, here is a look back to see what every past U.S. president has said about God in their own inaugural addresses. With only two exceptions, every president acknowledged our Heavenly Father. And two presidents—Dwight D. Eisenhower and George H.W. Bush—even began their inaugural addresses with prayers. What did your favorite presidents say about the divine? See below to read related excerpts from their speeches. 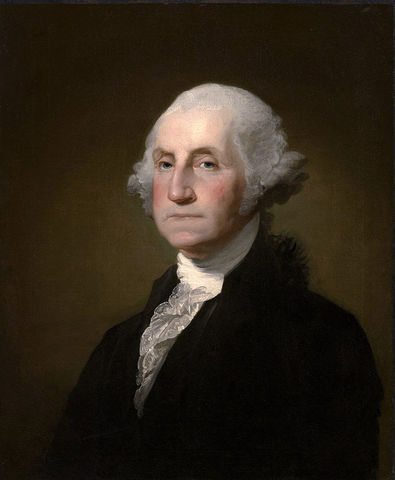 "It would be peculiarly improper to omit in this first official Act, my fervent supplications to that Almighty Being who rules over the Universe, who presides in the Councils of Nations, and whose providential aids can supply every human defect, that his benediction may consecrate to the liberties and happiness of the People of the United States, a Government instituted by themselves for these essential purposes: and may enable every instrument employed in its administration to execute with success, the functions allotted to his charge. In tendering this homage to the Great Author of every public and private good I assure myself that it expresses your sentiments not less than my own; nor those of my fellow-citizens at large, less than either. No People can be bound to acknowledge and adore the invisible hand, which conducts the Affairs of men more than the People of the United States. Every step, by which they have advanced to the character of an independent nation, seems to have been distinguished by some token of providential agency."

► You'll also like: 2 Times George Washington Was Protected by God

George Washington did not mention God in this unusually short address. In fact, George Washington's second inaugural address was just two paragraphs long and is the shortest in U.S. history. 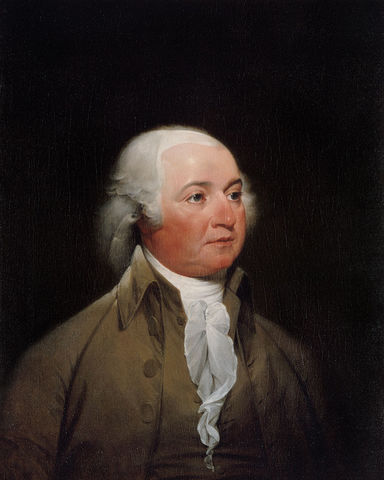 "And may that Being who is supreme over all, the Patron of Order, the Fountain of Justice, and the Protector in all ages of the world of virtuous liberty, continue His blessing upon this nation and its Government and give it all possible success and duration consistent with the ends of His providence." 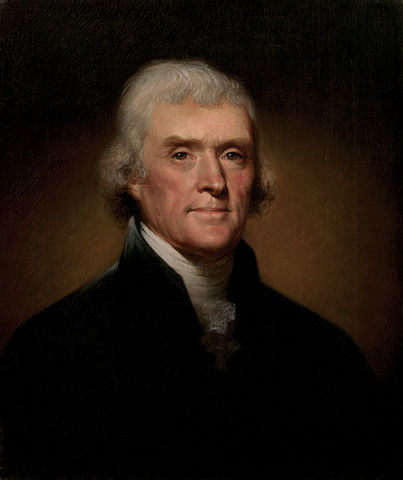 "And may that Infinite Power which rules the destinies of the universe lead our councils to what is best, and give them a favorable issue for your peace and prosperity."

► You'll also like: What You Didn't Know About the Founding Fathers' Temple Work Story

"I shall need, too, the favor of that Being in whose hands we are, who led our fathers, as Israel of old, from their native land and planted them in a country flowing with all the necessaries and comforts of life; who has covered our infancy with His providence and our riper years with His wisdom and power, and to whose goodness I ask you to join in supplications with me that He will so enlighten the minds of your servants, guide their councils, and prosper their measures that whatsoever they do shall result in your good, and shall secure to you the peace, friendship, and approbation of all nations." 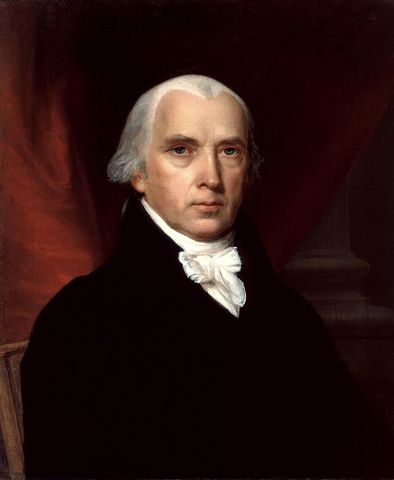 "But the source to which I look or the aids which alone can supply my deficiencies is in the well-tried intelligence and virtue of my fellow-citizens, and in the counsels of those representing them in the other departments associated in the care of the national interests. In these my confidence will under every difficulty be best placed, next to that which we have all been encouraged to feel in the guardianship and guidance of that Almighty Being whose power regulates the destiny of nations, whose blessings have been so conspicuously dispensed to this rising Republic, and to whom we are bound to address our devout gratitude for the past, as well as our fervent supplications and best hopes for the future."

James Madison did not mention God directly in his second inaugural address, but he did acknowledge heaven.

"From the weight and magnitude now belonging to it I should be compelled to shrink if I had less reliance on the support of an enlightened and generous people, and felt less deeply a conviction that the war with a powerful nation, which forms so prominent a feature in our situation, is stamped with that justice which invites the smiles of Heaven on the means of conducting it to a successful termination." 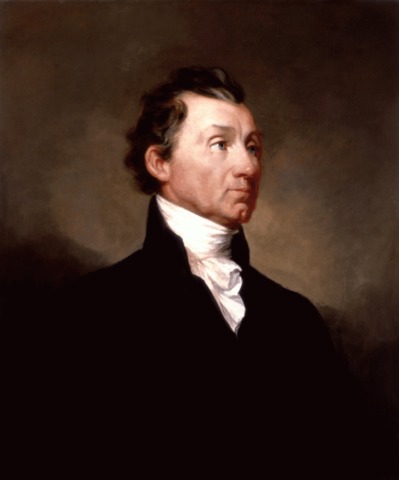 "Relying on the aid to be derived from the other departments of the Government, I enter on the trust to which I have been called by the suffrages of my fellow-citizens with my fervent prayers to the Almighty that He will be graciously pleased to continue to us that protection which He has already so conspicuously displayed in our favor."

"That these powerful causes exist, and that they are permanent, is my fixed opinion; that they may produce a like accord in all questions touching, however remotely, the liberty, prosperity, and happiness of our country will always be the object of my most fervent prayers to the Supreme Author of All Good. . . .

"With full confidence in the continuance of that candor and generous indulgence from my fellow-citizens at large which I have heretofore experienced, and with a firm reliance on the protection of Almighty God, I shall forthwith commence the duties of the high trust to which you have called me." 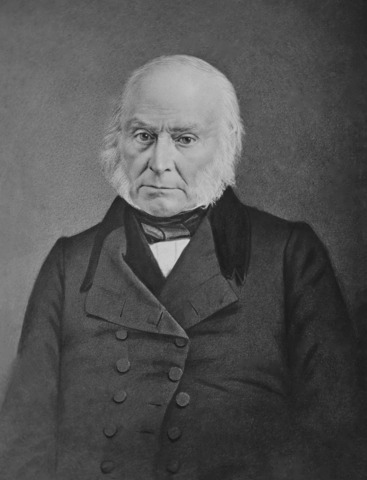 "I appear, my fellow-citizens, in your presence and in that of Heaven to bind myself by the solemnities of religious obligation to the faithful performance of the duties allotted to me in the station to which I have been called. . . .

"To the guidance of the legislative councils, to the assistance of the executive and subordinate departments, to the friendly cooperation of the respective State governments, to the candid and liberal support of the people so far as it may be deserved by honest industry and zeal, I shall look for whatever success may attend my public service; and knowing that "except the Lord keep the city the watchman waketh but in vain," with fervent supplications for His favor, to His overruling providence I commit with humble but fearless confidence my own fate and the future destinies of my country."

► You'll also like: 8 Mormons Who Have Run for President 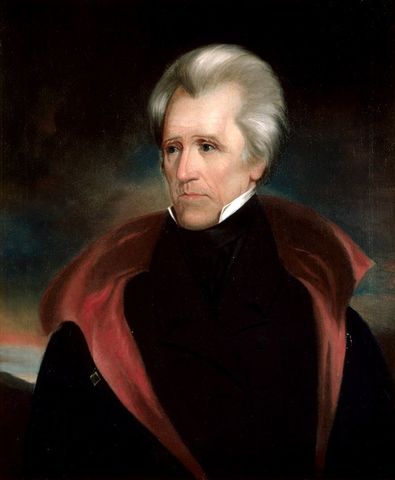 "And a firm reliance on the goodness of that Power whose providence mercifully protected our national infancy, and has since upheld our liberties in various vicissitudes, encourages me to offer up my ardent supplications that He will continue to make our beloved country the object of His divine care and gracious benediction."

"Finally, it is my most fervent prayer to that Almighty Being before whom I now stand, and who has kept us in His hands from the infancy of our Republic to the present day, that He will so overrule all my intentions and actions and inspire the hearts of my fellow-citizens that we may be preserved from dangers of all kinds and continue forever a united and happy people." 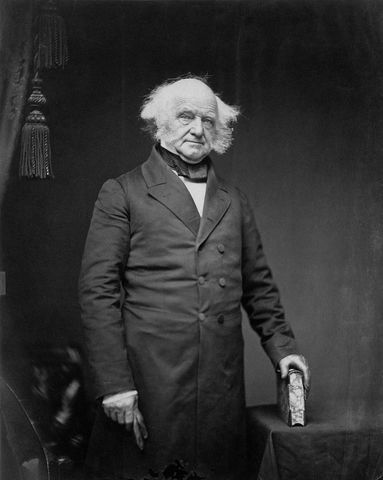 "So sensibly, fellow-citizens, do these circumstances press themselves upon me that I should not dare to enter upon my path of duty did I not look for the generous aid of those who will be associated with me in the various and coordinate branches of the Government; did I not repose with unwavering reliance on the patriotism, the intelligence, and the kindness of a people who never yet deserted a public servant honestly laboring their cause; and, above all, did I not permit myself humbly to hope for the sustaining support of an ever-watchful and beneficent Providence. . . .

"Beyond that I only look to the gracious protection of the Divine Being whose strengthening support I humbly solicit, and whom I fervently pray to look down upon us all. May it be among the dispensations of His providence to bless our beloved country with honors and with length of days. May her ways be ways of pleasantness and all her paths be peace!"