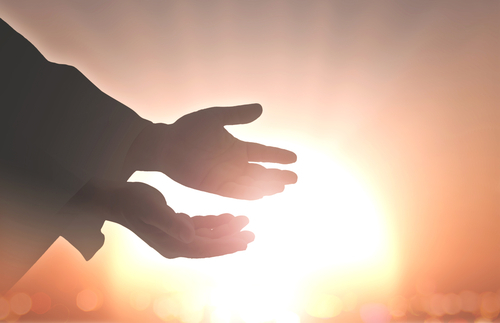 What We Do and Don't Know About Christ's Physical Appearance

We tell stories of Christ, we show pictures of Him in Sunday School, and we pray in His name, but do we really know what He looks like? It’s a question that has likely pricked at the back of your mind from time to time, and you’re not the only one. Scholars, anthropologists, and artists have all tried to determine what Christ looked like. Here’s what we do and don’t know.

► You'll also like: 15 Stunning Images of Christ Perfect for Any LDS Home

Artists have created thousands of pieces depicting Christ. But the image that is most prevalent is that of a tall Caucasian man with long brown hair and a full beard, clothed in flowing robes. While this version of Christ is most recognizable, archeologists have suggested that the images of our Savior that we have come to know and love are likely far from the mark.

Scholars and forensic archeologists have used Biblical, archeological, and historical evidence to determine what Christ may have looked like when He walked the earth. They have concluded that He probably had the stature and complexion of a Semite: standing around five feet tall with olive-toned skin and dark hair. They also speculate, based on traditional religious and hygienic practices, that He likely had a full beard and short hair.

With this new image in mind, it is interesting to observe the physical description of the Savior that Isaiah recorded: “For he shall grow up before him as a tender plant, and as a root out of a dry ground: he hath no form nor comeliness; and when we shall see him, there is no beauty that we should desire him” (Isaiah 53:2; emphasis added). Apparently, the mightiest of beings also had the most humble of appearances. In fact, according to scholars, it is possible that Christ actually looked very ordinary and similar to His disciples, as evidenced in the book of Matthew. In Matthew 26:47–48 it says:

“And while he yet spake, lo, Judas, one of the twelve, came, and with him a great multitude with swords and staves, from the chief priests and elders of the people.

“Now he that betrayed him gave them a sign, saying, Whomsoever I shall kiss, that same is he: hold him fast.”

Because Judas had to point Jesus out from among the crowd, some have interpreted this to mean that Christ had no major distinguishing characteristics from the other men around Him.

► You'll also like: 5 Amazing Accounts of Prophets or Apostles Who Have Seen Christ on Earth

While we may never know how Christ actually looked during His mortal lifetime, we do have evidence from scriptures and modern-day prophets of how He looks as a celestial being. Among Mormons, the most well-known person to have seen the resurrected Christ is Joseph Smith, during the First Vision. Though Joseph Smith was reluctant to divulge many of the details of his sacred vision during his lifetime, he did share some: “I saw two Personages, whose brightness and glory defy all description, standing above me in the air” (Joseph Smith—History 1:17). A later revelation given April 2, 1843, clarifies what Joseph may have meant by “personages”: “When the Savior shall appear we shall see him as he is. We shall see that he is a man like ourselves. . . . The Father has a body of flesh and bones as tangible as man’s; the Son also” (D&C 130:1, 22).

These accounts expound two important pieces of information: (1) God the Father and Jesus Christ both have physical bodies—bodies that are recognizable as being human; (2) though They have human bodies, Their bodies have different physical properties—brightness and glory, beyond anything that we could describe or imagine. Though They are recognizable, They are indescribable.

But there are others who have seen Christ and have attempted to describe His glory. In his book of scripture, Ezekiel records:

President Lorenzo Snow also recounted this intense brightness. While walking through the Salt Lake Temple one day with his granddaughter, President Snow told her that he had seen the Lord in the temple. His granddaughter explained: “Grandpa told me what a glorious personage the Savior is and described His hands, feet, countenance and beautiful white robes, all of which were of such a glory of whiteness and brightness that he could hardly gaze upon Him” (Teachings of Presidents of the Church: Lorenzo Snow, p. 239)

Perhaps the most detailed description we have of the resurrected Savior is in Doctrine and Covenants 110:2. While in the Kirtland temple, the Lord appeared to Joseph Smith and Oliver Cowdery. They described Him: “His eyes were as a flame of fire; the hair of his head was white like the pure snow; his countenance shone above the brightness of the sun; and his voice was as the sound of the rushing of great waters.”

The Divinity of Christ

These are just a few descriptions of the Savior from those who have witnessed Him. Of the many accounts throughout scripture and modern revelation, most focus not on Christ’s appearance but on His message. And what most witnesses had in common is that when they recognized their Savior, they knew His divinity.

President Harold B. Lee once said:

“It has always been significant to me that, despite the greatness of the master teacher, Jesus the Christ (recognized now by even those who would not believe in his mission as the literal Son of God), there have been left to us no sculptured models or accurate descriptions of the Savior.

“. . . It has seemed clearly evident to me that it was so because it was not desired that Jesus be worshiped as an idol in stone or brass, but that the profound teachings that he has left us be the center and core of that which should convince anyone of the divinity of his mission” (“Plain and Precious Things,” Ensign, August 1972).

Whether Jesus Christ was tall or short, had blue eyes or brown, is of no eternal significance. We come to know Him not through images but through teachings, through our intimate connections with our brother, our Savior.

► You'll also like: An Apostle's Dream of the Savior Suffering for Us in Gethsemane That Will Deepen Your Understanding of the Atonement