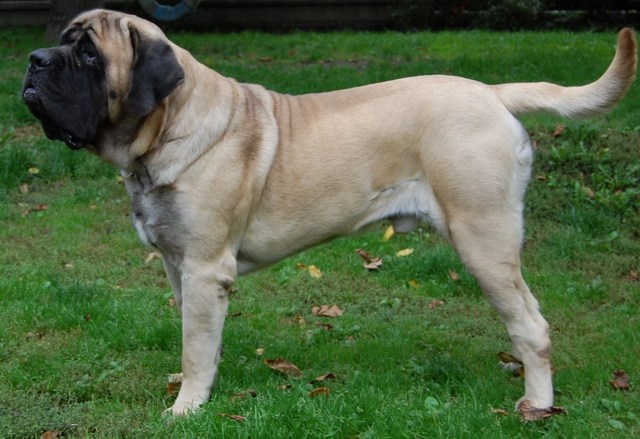 It is a little-known fact that Joseph Smith owned a white English Mastiff named Old Major. Major was given to the prophet at Zion’s Camp by an 80-year-old member of the camp, Samuel Baker, who feared for Joseph’s safety.

George A. Smith, the Prophet’s cousin, remembers Major as an affectionate, courageous, and protective pet, who was usually found faithfully by Joseph’s side. “The dog was greatly attached to Joseph and was generally by his side, keeping watch over everything that approached the camp,” George A. Smith wrote.

About Joseph's friendly companion, A.W. Harlan wrote in an 1888 letter to the Keokuk Post, "I visited Joseph Smith at Nauvoo several times, say about once each six months. I have ate with him at his table and played with his dog. And on noticing that the dog was getting old, I said to Mr. Smith, ‘Your dog is unusually fat.’ ‘Yes,’ said Mr. Smith, ‘he lives as I do and shall as long as we both live.’ And then added that when he was a prisoner in Missouri, that the dog could not be separated from him. And for months when he slept, that dog always remained awake by his side. . . . The man that will reciprocate the fidelity of a dog cannot be altogether bad.”

► Related Content: Animals and the Afterlife: Do All Dogs Go to Heaven?

Old Major was very attached to the Prophet, and Joseph likewise was endeared to his pet. Joseph Smith III shared: “I remember Father starting away from the house and our white dog, Major, jumping from an upper window to a platform below to follow him off.” In two separate letters to his wife Emma from Liberty Jail, Joseph asked about the dog, and Major even spent some time with Joseph in Liberty Jail. Joseph told an acquaintance that while he was confined in the jail, the dog watched over him, staying awake while Joseph slept.

Old Major was loyal to his master until the very end. Dr. Alexander L. Baugh, who recently wrote a BYU Studies essay on Old Major, says of the dog, "One of the things that we understand is that this type of dog, the Mastiff, can sometimes sense imminent danger, trouble, or problems. It’s just an innate sense they have. On the occasion of Joseph and Hyrum being taken to Carthage, apparently, Old Major made an attempt to actually go with them. He jumped out of the window and tried to follow them. Obviously, he couldn’t get too far with them on horseback and so on."

While Major’s fate is unclear, we can be sure that he was dearly loved.