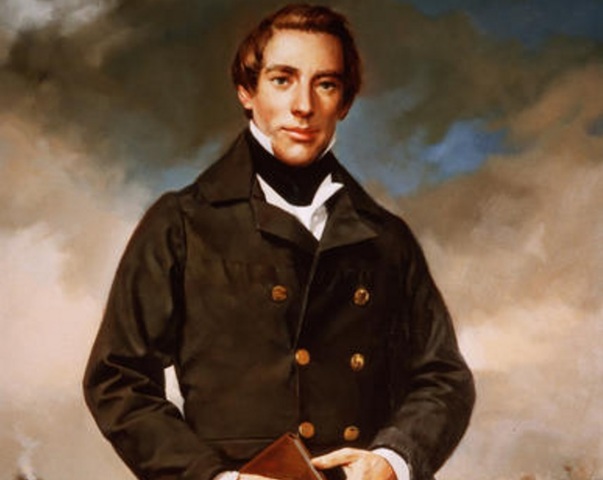 What Would It Have Been Like to Hear Joseph Smith Speak in General Conference?

Deseret News recently featured a story that tells what Latter-day Saints wrote about Joseph Smith and his speaking abilities. These quotes give us a little insight on what it would have been like to hear Joseph Smith speak at the first general conference.

In addition to Latter-day Saint impressions, here's what a congressman, Matthew S. Davis, had to say about the prophet:

"I went last evening to hear 'Joe Smith,' the celebrated Mormon, expound his doctrine. I with several others, had a desire to understand his tenets as explained by himself. He is not an educated man; but he is a plain, sensible, strong-minded man. Everything he says is said in a manner to leave an impression that he is sincere. There is no levity, no fanaticism, no want of dignity in his deportment. He is apparently from forty to forty-five years of age, rather above the middle stature, and what you ladies would call a very good looking man. . . .

"I have changed my opinion of the Mormons. They are an injured and much-abused people. Of matters of faith, you know I express no opinion." (Quote from LDS Church News Archive)

Those who were privileged to meet the Prophet Joseph Smith in the flesh were universal in their responses to the experience.

President Lorenzo Snow, who joined The Church of Jesus Christ of Latter-day Saints as a young man in Kirtland, Ohio, was just one witness.

“I heard the Prophet (Joseph Smith) discourse upon the grandest of subjects,” he said, which was recorded in “Remembering Joseph,” by Mark L. McConkie. “At times he was filled with the Holy Ghost, speaking as with the voice of an archangel, and filled with the power of God; his whole person shone and his face was lightened until it appeared as the whiteness of the driven snow.”

George Spilsbury was baptized in England and later became a member of the Nauvoo Legion, seeming to expand on this same theme.