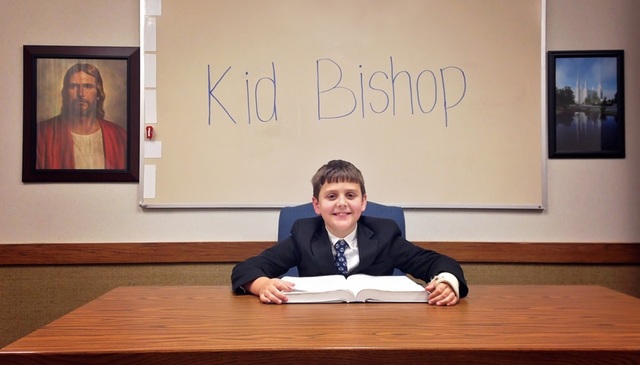 When Jason Wright's son started playing pretend as bishop, he went along, asking him what he would do if he were bishop. His answers were surprisingly humorous yet profound and insightful. Sometimes it takes the perspective of a child to teach us what is really important.

Recently I stood with my 8-year-old son in an empty chapel. We were enjoying a few quiet moments waiting for Mom and chatting about church, life and Legos.

Before long, my Curious George stepped onto the stand and plopped down where our bishop sits during Sunday services. I smiled as he settled in and I pointed out that he’s thinner than a hymnal and shorter than the pulpit.

Playfully, and meaning no disrespect to our good bishop, he introduced himself as Bishop Koleson. Then, without fanfare, he unilaterally released the first and second counselors in the bishopric.

Still seated, but grinning from one side of the chapel to another, Bishop Koleseon swiftly called replacements. “I’d like to call Greyson Dalton as my first counselor.” After a long, dramatic pause, he continued. “And I’d like to call Merrick Wages as my second counselor.”

The vote was unanimous in the affirmative.

The scene made my soul smile and I walked up to sit by him. With both time and a rich opportunity in our hands, I asked him what he would really do if he were bishop.

“Sure. You’re Kid Bishop,” I said. “And I know it’s silly, because, you know, you’re 8, but if you really were the bishop, what would you do? Name three things.”

For more from Jason F. Wright, check out these touching Christmas novels:

Newspaper reporter Hope Jensen uncovers the remarkable secret behind the “Christmas Jars,” glass jars filled with coins and bills anonymously left for people in need. But along the way, Hope discovers much more than the origin of the jars. When some unexpected news sets off a chain reaction of kindness, Hope's greatest Christmas Eve wish comes true. 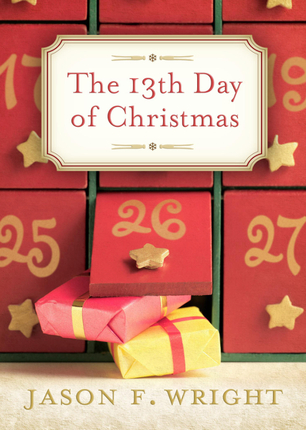 The 13th Day of Christmas

Marva Ferguson has a very personal Christmas tradition that happens every December 26. As an aging widow, the tradition means more to her now than it ever has. Her newest neighbor, nine-year-old Charlee, loves Christmas too. But her family has fallen on hard times and things get worse when Charlee becomes critically ill. Then, on December 12, Charlee makes a wonderful discovery. A mysterious note is delivered that promises twelve days of gifts and stories that will reveal the truth behind the beloved Christmas carol "The Twelve Days of Christmas."