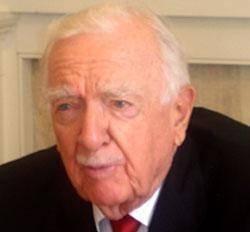 What famous people have said about Mormons

Has any religious community been the subject of more curiosity, controversy or misunderstanding than the Latter-day Saints? From the time pioneers settled the Salt Lake valley, Mormon culture has drawn the public eye and colored the public record — for better or for worse. Below are statements on Mormons from prominent people in history as well as modern times.

“I do not believe there was ever a religion whereof the great mass of the adherents were not honest and sincere.”

Of his visit to Salt Lake and his conversation with Brigham Young, he said, “When conversation began to flag, we rose up, shook hands, as is the custom here, all round, and took leave. The first impression left upon my mind by this short seance, and it was subsequently confirmed, was, that the prophet is no common man, and that he has none of the weakness and vanity which characterize the common uncommon man.”

Mark Twain, on his visit to Salt Lake City