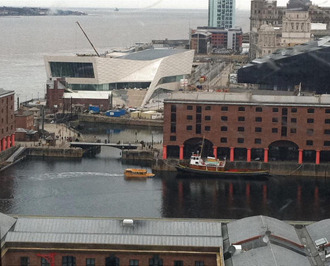 What our ancestors teach our kids

April 6 is an auspicious date for Mormons; the day some Latter-day Saints believe to be the Savior's birthday. And April 6 happened to be a very special day for us personally last week.

As mentioned in last week's column, we were in the British Isles for some speaking engagements, which we combined with a few efforts to put some life and some sense of real people and real places into our genealogy.

So, we started April 6 with a drive from Manchester (where we had given a speech the night before) to Liverpool. We wanted to see the docks where so many of our ancestors embarked on their immigration to America and to "Zion." With our kids, we have always focused on four "right-angle" ancestors. What we mean by that is their four ancestors who made a right-angle turn in history by joining the LDS Church and going in a whole different direction than where their family had been for generations — and the four that brought the names of their four grandparents to America as well as into the church.