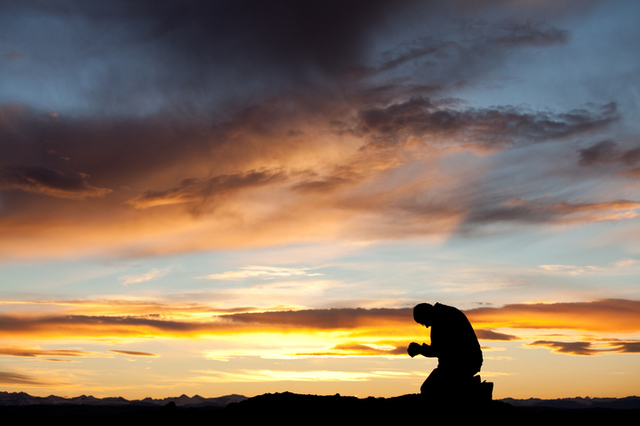 One of the strong branches in the mission was in a small village in the Eastern district. The branch president, Kelepi, was a convert of not many years. His wife and children were stalwart examples. His parents had been very angry when he joined the Church, and threatened to disinherit him. Over the years, however, he proved to be a good son, and they allowed him limited farming privileges on their family land.

Kelepi was a strong leader who worked hard on his farm as well as with the members of his branch. His vibrant testimony, easy manner, and willingness to share were major factors in helping branch members to return to activity and investigators to be baptized. Under his leadership the branch prospered in numbers and spiritual strength. I visited there as often as possible; it was refreshing to feel such a good spirit with so few problems.

One afternoon, a member from this branch came rushing into my office. He asked if I could quickly go with him to the hospital because there had been a terrible accident. The branch president was in serious condition and desperately needed a blessing.

We hurried to the hospital. When we found his room we were met by a most pathetic sight. The branch president lay there, his body contorted, his neck obviously broken. He could not move or speak, but his eyes seemed to plead: “Please help me! I have so much to do. Please help me—bless me—ask God to bless me. Don’t leave me like this.”

We gave him a priesthood blessing. As I sealed that sacred ordinance, the words I wanted so desperately to say just would not come. I felt helpless, yet knew that God’s will was different than mine. I had to submit my will to His.

When I had finished, I looked again into the eyes of our wonderful branch president. They seemed subtly different. They were still alive with desire and were trying to make me understand something. I tried to understand his message but didn’t fully succeed. . . .

As we left I asked some of the family members to come to the mission home with me to get some much-needed food and to explain what had happened. They told me the branch president had started out on his horse early that morning to work in his garden. Usually he worked several hours, had a small meal in the bush, and then returned home in the early afternoon when it was too hot to get much done. This day, when he was still not home long after noon, his wife had felt a pang of concern, especially since it was a very hot day.

She asked some neighbors to go and check. When they got to the garden area they quickly spotted his horse faithfully standing over its fallen master. It appeared that some time during the morning he had fallen off the horse and hit his head in such a way that it broke his neck. He was thus unable to move or yell or get anyone’s attention. He must have lain for several hours in the broiling heat, suffering excruciating pain.

As I heard this explanation I shuddered to think of the pain and the heat and the frustration. Why hadn’t someone felt a prompting to go earlier—or more important, why had it happened at all? Why— why—why?

By prior schedule we were to leave early the next morning for district conferences in Ha’apai and Vava’u. Now I didn’t want to go. I called my counselors over and we had a decision-making meeting. As we counseled together we agreed that it would be best to sail in the morning as planned and leave the branch president and his family in the loving hands of the Lord. After prayer we were assured this was the right course. . . .

[As we traveled to our next destination] we turned our portable radio on [to hear the evening broadcast] and listened to the crackling and whistling of strange sounds as though coming from an alien shore. . . . Even above the howling of the wind and the crashing of the waves, silence seemed to reign as the time for personal announcements arrived. My heart almost stopped and I sensed a quick rush of half gasps as we all heard the mournful sound of the funeral dirge that was always played before announcing a death. The music ended, and even before the somber words rolled forth over those dark tempestuous seas, I knew.

There was silence as the announcer intoned: “We regret to inform you that Kelepi passed away early this evening. The family wishes those involved in the conference to continue their meetings and not return for the funeral.” There was more, but I didn’t hear it. All the pent up emotions of the last several days seemed to burst in a gush of tears and questions. Why? Why? Why? He was so faithful. Things were going so well—but now, a widow with eight children and the rights to her husband’s lands not fully settled. Why now? And why in that painful way? . . .

For hours during that tumultuous night I poured out my heart— my grief—my questions—my lack of understanding—my emotions. I hurled them defiantly at the shrieking wind and they came flying back as stinging salt spray and crashing seas. Where was peace? Where were answers? The poor widow and those innocent children. Why so much suffering? . . .

Eventually, for some reason the words of a familiar hymn came to my mind:

“When upon life’s billows you are tempest tossed,

When you are discouraged, thinking all is lost,

Count your many blessings…”

“Blessings,” I thought, “what blessings? I need answers. I need comfort. I need understanding.”

Softer now, but still nudging: “Count them. Name them. Think of them—all your many blessings!”

Where were these words and thoughts coming from? Hesitantly I started to think of blessings. “Yes, the branch president died firm in the faith—that is a blessing.”

“Yes, now you are thinking better. And his family—are they faithful?”

“Yes. Yes they are. That is a blessing.”

“And we have had a wonderfully spiritual conference.”

“We are safe and have families and callings and opportunities to teach the truth and bear testimony of Jesus.”

Slowly a small spirit of peace began to make its first tentative overtures to my soul. I began to realize that the radio waves were not our only contact with others. There was something more—something more real, more sure, and oh, so much more important and desirable.

In my mind’s eye I began to see the pleading eyes of the branch president again, only now I saw something a little different. I studied them with an intensity that was so deep that it hurt. What is it? Concentrate. Yes, yes, that’s it. Now I understand. No longer were those eyes pleading in vain. No longer were those lips mumbling incoherent sounds. Now I heard; I saw; I understood. The message I had been unable to receive before was received clearly now and there was no static, no fading.

As my humbled soul and subdued spirit embraced those precious feelings I realized the message was very simple. I listened intently, and as I did my mind comprehended: “I’m just fine. Don’t worry about me. You know I have not yet been to the temple. I was worthy but had no means. Please see that my wife and I and our children are sealed. Don’t forget.”

I had been greatly confused, but now I understood perfectly. The message of those pleading eyes was clear. I knew exactly what I must do. I made a vow that, come what may, I would see that his request was fulfilled. . . .

I had asked over and over again why he should depart now when we all needed him so much. I had almost demanded an answer. Now I knew that we must not try to demand anything from above, but rather seek humbly to know what we should do—and do it. In one flash I had a slight feeling that maybe even some over there might occasionally ask, “Why? Why is he allowed to stay there when we need him so badly here?” And the answer is the same: “Seek humbly to know what you should do and do it.”

I realized that at times we may look forward with fear and trepidation to the trials and pain we may suffer in the process of being released from this tabernacle of clay. But in reality this mortal life—let alone that brief part of it we call death—is such a tiny split second in eternity . . . I am sure that as we look back from eternity, the only thing we will be concerned about (and thus the only thing we should be concerned about now) is whether we left mortality gracefully—faithfully, uncomplainingly— having taken upon ourselves the requisite covenants and ordinances and faithfully observed them to the end. Our concern will be whether we left doing good and praising His name up to our last breath. This can only be done as we have true faith in the Lord Jesus Christ; but with that faith it can be done, and that is what is important. . . .

The fires of trial can consume as well as refine, but the choice is ours. Not the choice of what tests or trials will be thrust on us, but the choice of how we will react to them—the bright fire of faith or the darkness of despair. I hope we can react with faith in the Lord and follow His commands no matter what the trials, or how long they last, and thus reap the blessings available.