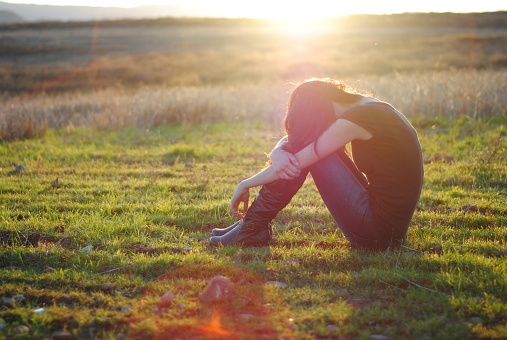 Growing up, there was a girl in my neighborhood that I just could not stand.

But she happened to know one of my best friends so we inadvertently ended up being around each other a lot.

At first, I was super standoffish. She was, in my mind, too weird for me to want to be associated with.

I never made fun of her or bullied her. I was just a classic, stuck-up teenager.

But this girl was not.

This girl was always super nice to me. She never acted offended when I acted poorly toward her and she tried to make sure I felt included in whatever we were doing.

Eventually, I realized that I was the one who was weird. I was being super judgmental toward this girl who was only ever nice to me.

As I went from middle to high school to college, she remained one of my best friends. I had completely misjudged her at first, and it had almost cost me one of the best friendships I had ever had.

Whenever I look back on my friendship with this girl, I think of all the other opportunities I could have missed because I was quick to judge what I saw and slow to understand it.

So what have the leaders of the Church said about this?

As Elder Gregory A. Schwitzer of the Seventy said in his April 2010 general conference address "Developing Good Judgment and Not Judging Others,"

"We live in a world in which many situations require us to make judgments that are often difficult. Yet the Savior gave the commandment to 'judge not' our fellowman. How can we do this and still exercise good judgment in a world full of deception and corruption? We must judge well when making critical decisions in each phase of our life, such as choosing friends, finding an eternal companion, or choosing an occupation that will allow us to care for our family and serve the Lord. Although the Savior asked us not to judge others, He still expects us to use excellent judgment."

Elder Schwitzer goes on in his talk to provide four guides for developing good judgment while refraining from gossip or judgemental attitudes.

1. First, put your own personal standards in alignment with the gospel of Jesus Christ.

Even though it may seem perfectly justifiable to sneak a little judgmental comment here and there, even one off-hand comment or thought can be destructive.

While I was attending a sacrament meeting with my cousin, I heard a talk from a woman that showed how damaging it can be when others do not refrain from judgmental comments or gossip.

When she was a teenager this woman and her family moved to a different state. They were very excited about sharing the gospel in their new community. But some of the members in their ward were not quite as zealous when it came to sharing the gospel.

Instead, some members of their ward ridiculed, gossiped, and openly shared judgmental comments about this girl's family to the point where every single member of her family contemplated inactivity in the Church.

But, even though it was very difficult, they all stayed active. Not only did they keep going to Church, but this family also committed themselves to refrain from making judgemental comments about those who were gossiping about their family.

While there have been times in my life where I have felt wronged, or when a member of my family was wronged, and I was hurt and just wanted to dish out judgmental comments to those who made me or my family hurt, that's not how the gospel works.

► You'll also like: When We Try to One-Up the Lord's Standards: Culture vs. Commandments

As President Uchtdorf says in his talk:

"Jesus said it is easy to love those who love us; even the wicked can do that. But Jesus Christ taught a higher law. His words echo through the centuries and are meant for us today. They are meant for all who desire to be His disciples. They are meant for you and me: 'Love your enemies, bless them that curse you, do good to them that hate you, and pray for them which despitefully use you, and persecute you.'”

Though it may feel incredibly difficult to "stop it" when it comes to judgmental remarks, we can become better for it. As President N. Eldon Tanner quoted in his talk, "Judge not, that ye be not judged,"

"Regardless of our ego, our pride, or our feeling of insecurity, our lives would be happier, we would be contributing more to social welfare and the happiness of others, if we would love one another, forgive one another, repent of our wrongdoings, and judge not."