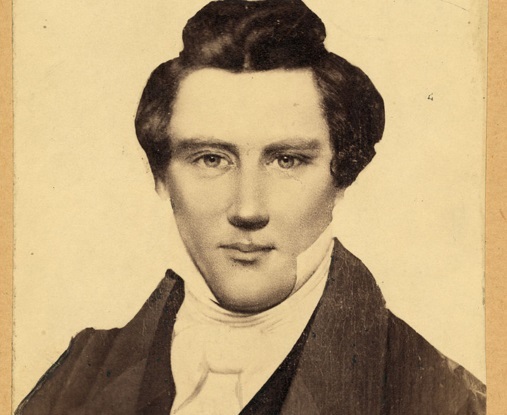 What the NY Times, a Congressman, & Mayor Had to Say About Joseph Smith

As Latter-day Saints, we all know that Joseph Smith was a remarkable man, not because of his education, wealth, or status, but because he was a humble servant of the Lord who continued faithful despite persecution, mistakes, and struggles knowing how to lead Christ's Church on earth. He trusted in God, and that made him extraordinary. We know--or at least are working towards a testimony--that Joseph Smith was a prophet called of God.

But, what did Joseph Smith's contemporaries think of him? How did those in the 19th century understand this humble, uneducated farmer?

While accounts vary--something that was prophesied would happen as his "name should be had for good and evil among all nations, kindreds, and tongues [. . . and ]among all people" (JSH 1:33)--I discovered some very surprising quotes about Joseph Smith from credible sources, quotes that speak of his true nature. See for yourself what state leaders and notable newspapers had to say about the Prophet Joseph:

"This Joe Smith must be set down as an extraordinary character, a prophet-hero as Carlyle might call him; he is one of the great men of this age, and in future history, will rank with those who, in one way or another, have stamped their impress strongly on society. . . .

"Few in this age have done such deeds, and performed such apparent miracles. It is no small thing, in the blaze of this nineteenth century, to give to men a new revelation, found a new religion, establish new forms of worship, build a city with new laws, institutions and orders of architecture, send out missionaries, and make proselytes in two hemispheres; yet all this has been done by Joe Smith, and that against every sort of opposition, ridicule and persecution.

"That Joe Smith, the founder of Mormons, is a man of great talent, a deep thinker, and an eloquent speaker, an able writer, and a man of great mental power, no one can doubt who has watched his career." (Quote from LDS Church News Archive)

From a letter written to his wife after hearing Joseph Smith speak in Washington.

"I went last evening to hear 'Joe Smith,' the celebrated Mormon, expound his doctrine. I with several others, had a desire to understand his tenets as explained by himself. He is not an educated man; but he is a plain, sensible, strong-minded man. Everything he says is said in a manner to leave an impression that he is sincere. There is no levity, no fanaticism, no want of dignity in his deportment. He is apparently from forty to forty-five years of age, rather above the middle stature, and what you ladies would call a very good looking man. In his garb there are no peculiarities; his dress being that of a plain, unpretending citizen. He is by profession a farmer, but is evidently well read.

" . . . During the whole of his address, and it occupied more than two hours, there was no opinion or belief that he expressed, that was calculated, in the slightest degree, to impair the morals of society, or in any manner to degrade and brutalize the human species. . . . There was no violence, no fury, no denunciation. His religion appears to be the religion of meekness, lowliness and mild persuasion. . . .

"Throughout his whole address, he displayed strongly a spirit of charity and forbearance. The Mormon Bible, he said, was communicated to him direct from heaven. If there was such a thing on earth as the author of it, then he (Smith) was the author; but the idea that he wished to impress was that he penned it as dictated by God.

"I have taken some pains to address this man's belief as he himself explained it. I have done so because it might satisfy your curiosity and might be interesting to you and some of your friends. I have changed my opinion of the Mormons. They are an injured and much-abused people. Of matters of faith, you know I express no opinion." (Quote from LDS Church News Archive)

From his book, The Figures of the Past.

"It is by no means improbable that some future textbook, for the use of generations yet unborn, will contain a question something like this: What historical American of the nineteenth century has exerted the most powerful influence upon the destinies of his countrymen? And it is by no means impossible that the answer to that interrogatory may be thus written: Joseph Smith, the Mormon Prophet."  (Quote from LDS Church News Archive) 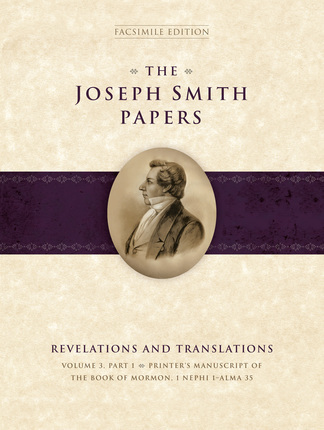 Learn more about the Prophet Joseph from the Joseph Smith Papers Project, which is an unprecedented work that has gathered records and journals to provide a comprehensive look at Joseph Smith's life and work.