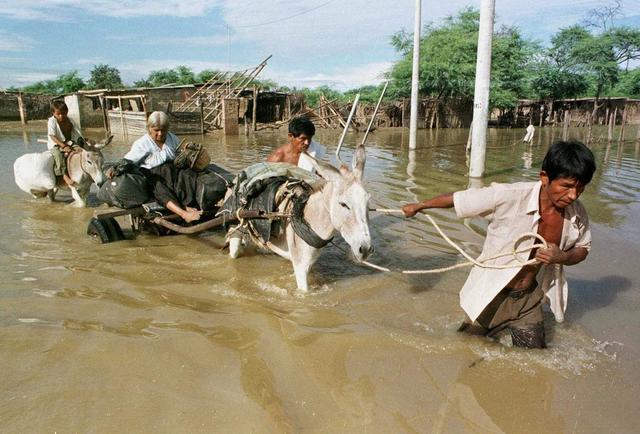 “I am grateful for this assistance from the Mormon Church in this difficult time for Peruvians,” Peruvian First Lady Nancy Lange said as severe flooding continues in Peru. “Not only has Piura been affected by the rains, but also other regions such as Lambayeque, La Libertad, Tumbes, and Ancash.”

Peruvians in many regions of this South American nation continue to endure the devastating and sometimes deadly effects of torrential rains and massive flooding.

The ongoing deluge has claimed 94 lives and left an estimated 700,000 people homeless in Peru. Meanwhile, the disaster has cost the Peruvian economy an estimated $3.1 billion, or almost 2 percent of the country’s annual output of goods and services, according to the Los Angeles Times.

The floods have impacted about 1,400 Latter-day Saint families. No members have died and no Church properties have been seriously damaged, reported the Church’s humanitarian emergency response director, Bruce Muir.

All missionaries in Peru “are safe and accounted for and are performing community service in their areas,” he added.