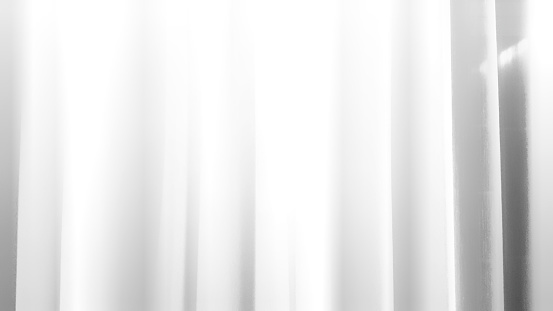 What the Temple Veil Symbolizes + How It Relates to the Atonement

byTerryl Givens, Fiona Givens, excerpted from " The Christ Who Heals: How God Restored the Truth That Saves Us" | May 28, 2019

Latter-day Saints are fortunate in that the temple gives them access to an experience of the Atonement’s power that is even more sacred and impactful than the weekly sacrament. Joseph Smith’s greatest act of synthesis, wherein he drew Old Testament typology and New Testament teaching into harmony, was evident in the way he was inspired to depict temple architecture and design temple ritual so as to bring all things together in Christ.

The key to his final effort may have been his reading of Hebrews and the light it shed on Abraham’s unusual rite in Genesis 15. In that account, in token of the covenant he has entered into with God (the new and everlasting covenant), Abraham is commanded to sacrifice a heifer, a goat, and a ram (along with two birds). He then divides each large carcass into two halves. Subsequently, as Moses experienced before his theophany and Joseph before his, Abraham experiences “an horror of great darkness.” And then the divine manifestation occurs: “a smoking furnace, and a burning lamp . . . passed between those pieces,” following which the Lord personally affirms his covenant with Abraham.1

Explicating Old Testament sacrifices in light of the new covenant, the author of Hebrews invites the Christian to complete the pilgrim’s journey by entering into the presence of God himself—“to enter into the holiest.”2 And the meaning of all prior sacrificial victims now becomes clear, as the author explains that entry into God’s presence can only be “by the blood of Christ.” Christians all know that the sacrificial animal is a type and foreshadowing of the Savior’s death. But the writer of the letter to the Hebrews pushes the analogy further.

We “enter into the holiest by the blood of Christ.” We effectively pass through Christ’s broken body, as the lamp of the Lord passed through the severed sacrificial creatures, and back into God’s presence. The Atonement is the pain-drenched portal through which alone access is to be found. And in the author’s final invocation of symbolism, he directs our minds to the image of the temple veil, which becomes the physical counterpart to the body of Christ, through which we pass into the holiest place. The writer of the letter says this explicitly: The “new and living way, which he hath consecrated for us” is “through the veil, that is to say, his flesh.”3

In our temples, as in the Jewish temple, the veil represents the portal into the divine presence. The temple veil, the emblem of Christ’s own flesh, was torn at the crucifixion, suggesting that only through the broken body of the atoning Savior was access into God’s presence possible for all. This startling image, replicated in the temples of the Latter-day Saints, captures the quintessence of the temple’s purpose. It signifies the eternal human saga by which men and women progressively constitute fuller and richer relationship to Divine Parents.

The story tracks their pilgrimage from incarnate spirits, through adoption into Christ’s family, assuming greater levels of commitment and higher standards of holiness, entering into binding covenants that reify and extend human and divine connectedness, until, cleansed and sanctified by the sacrificial offering of Christ’s own flesh, they enter into the divine presence, part of an eternal sociality with those they love. The rituals of the temple are thus where the Church’s most concentrated liturgical forms are found, and they crescendo with palpable crucifixion imagery at the veil, that symbolic, porous membrane joining heaven and earth. It is through the Atonement, through the severed flesh of Christ, typified in sacrifices that hark back to Adam himself, that all find full incorporation into the Heavenly Family, in accordance with the new and everlasting covenant that was propounded before the world was formed. 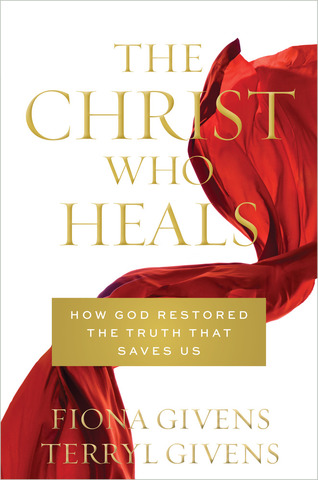 In a world increasingly prone to doubt, a foundation in Christ is the only sure basis of a durable discipleship. And for Latter-day Saints, the Jesus Christ revealed through the Prophet Joseph Smith is, in some very significant ways, a different kind of Christ than the Jesus of modern Christianity. The Christ of the restored gospel collaborated with Heavenly Parents for our salvation even before the foundation of the world, "does not anything" save it be for our benefit (2 Nephi 26:24), and is determined to patiently guide and nurture every one of God's children into an eternal heavenly family. Most significantly, this Christ does not rescue us from a condition of original sin or depravity. Rather, He is primarily a healer of the wounds incident to a long-planned sojourn, one intended to immerse us in the trials, pains, and soul-stretching of this mortal schoolroom. He is not only the most remarkable being in the history of religious thought; He is, in fact, The Christ Who Heals. Audio read by Fiona Givens